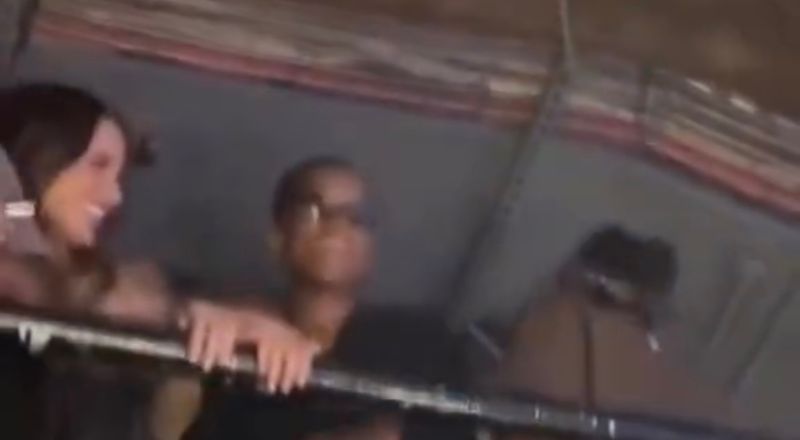 Kehlani is one of the most flirtatious figures in the entertainment industry. A few years ago, she explained that she just loves to have fun. Whether she is in the spotlight, or not, Kehlani is going to have fun, and she is going to flirt. When she was in London, she was partying and flirting with Letita Wright. However, this duo came as a surprise to fans. The ladies were spotted dancing together at a club in London.

Kehlani is currently finishing her Blue Water Road Trip tour, which includes 44 cities across the United States and United Kingdom. After a recent show on December 5th, Kehlani hosted an official after party at a club in London. Fans from the show and anyone who purchased a ticket were allowed access to party with Kehlani. What fans didn’t expect to see was Letitia Wright partying alongside the “Everything” artist. As the duo danced closely, fans couldn’t help but to take notice and of course take videos to capture the moment.

Although multiple videos are continuing to surface, it’s unclear if the two are potentially dating or just friends. Nonetheless, the two appear to be enjoying each other’s company.

More in Hip Hop News
Lizzo is named TikTok’s top artist of 2022
Janis Gaye, the ex-wife of the late Marvin Gaye, reportedly passed away at the age of 66