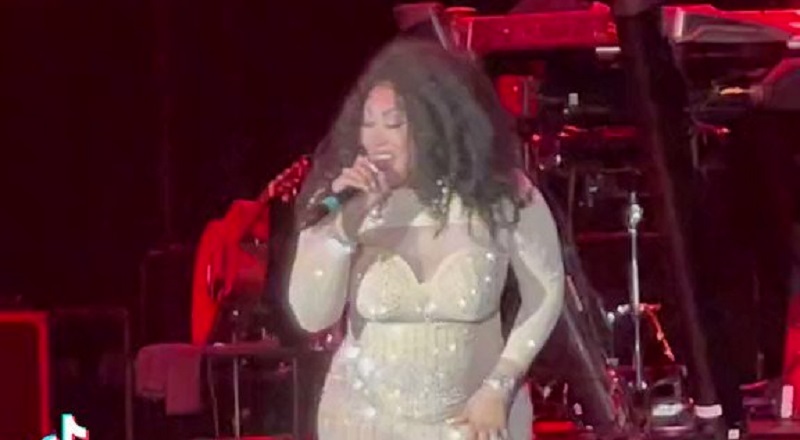 Keke Wyatt goes viral for twerking during her performance

Keke Wyatt rose to fame in the 1990s, as an R&B singer. When talking pure vocals, Keke Wyatt is one of the best singers to ever do it. In 2002, she reached the height of her career, when her song with Avant, “Nothing In This World,” took over radio. However, legal issues kept her from enjoying the moment. When Keke Wyatt returned, quite a bit of time passed.

Keke Wyatt has become a star, again, during the social media era. When Instagram became a destination, Keke Wyatt’s story became known. In 2017, she made major headlines when it was revealed that she was pregnant with her ninth child. Currently, Keke Wyatt is the mother of eleven children. Earlier this year, Keke Wyatt gave birth to child number eleven. However, she is going viral for other reasons.

Keke Wyatt turned many heads, back in 2017, when she shared a photo of her and baby number nine. In the photo, people noticed more about Keke’s body than they did about the baby. Through the duration of 2022, Keke Wyatt has gotten a lot of attention on social media for her backside. There are fans who believe she has gotten work done to her bottom. As a result, Keke is often accused of having a BBL. Regardless of the situation, last night, Keke Wyatt had a show, and she began to twerk while she was on stage. In doing that, she broke the internet.

Keke Wyatt goes viral for twerking during her performance

Keke Wyatt tickles me so bad cause why? pic.twitter.com/LKalAgjZHn

Continue Reading
You may also like...
Related Topics:avant, featured, keke wyatt, nothing in this world