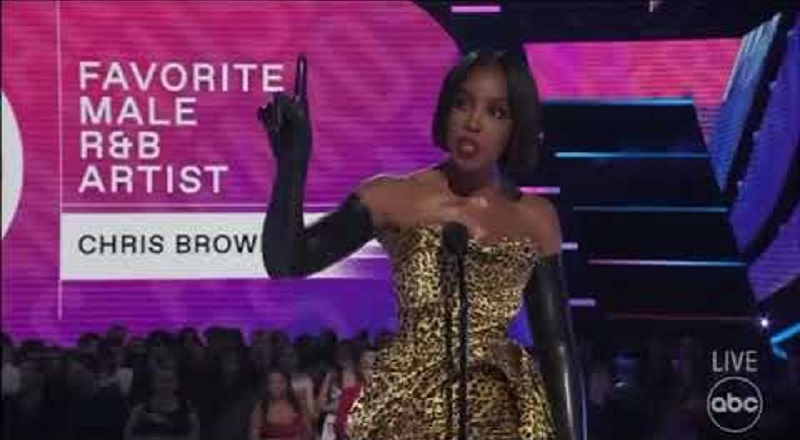 Kelly Rowland is a legend in the music industry. Twenty five years ago, she rose to fame, originally as one fourth of Destiny’s Child. As time moved on, Kelly became one third of the trio. Whatever the case, she was the first member of the group to go solo. During the summer of 2002, Kelly Rowland topped Billboard Hot 100, alongside Nelly, on “Dilemma.” After that, she continued to have hits. However, she has mostly been under Beyonce’s shadow. Tonight, Kelly claimed the spotlight for herself, when she stuck up for Chris Brown.

Kelly Rowland shares a unique history with Chris Brown. While they have never collaborated, they have many fun times together on stage. During concerts, they have performed together. There are a large amount of YouTube videos of the two. When Chris Brown was dealing with the backlash from the industry, Kelly Rowland stuck up for him. Ironically, both Kelly and CB enjoyed strong comeback years in the 2011 period. While Chris Brown made a huge mistake, he has made many overtures to redeem himself. Despite this, the American Music Awards pulled his Michael Jackson tribute performance.

Kelly Rowland presented the award for ‘Favorite Male R&B Artist,’ at the American Music Awards. The winner was Chris Brown, despite him not showing up. Given all that happened with his performance, the crowd began to boo him. As a result, Kelly spoke in his defense. She stopped short of telling the crowd to chill. What she did do was defend Chris, as she thanked him for his contributions to R&B. Rowland did this, as the crowd tried to boo him. However, she accepted the award on his behalf.

More in Hip Hop News
Nas ties Jay Z as the rapper with most top 10 albums in Billboard 200 history, after release of “King’s Disease III”
GloRilla and Cardi B perform “Tomorrow 2” at #AMAs [VIDEO]