Home » Hip Hop News » Kemba Walker reportedly left the Charlotte Hornets, because he offered them a discount, offering to sign for $175 million, for five years, but they offered $160 million, for four years 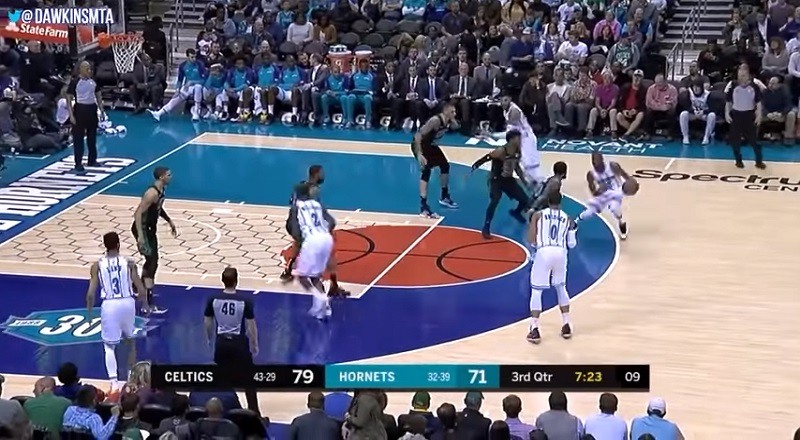 The Charlotte Hornets blew it and, tomorrow, Kemba Walker signs with the Boston Celtics. These are the same Celtics the Hornets should have been competing with, since 2013, at least. In 2012, the Bobcats knew they would get to draft Anthony Davis.

Unfortunately, the Hornets (New Orleans Pelicans) got the top draft pic, drafting Anthony Davis. Charlotte, meanwhile, drafted Michael Kidd-Gilchrist, while Damian Lillard was still on the board. But, in 2013, they signed Al Jefferson, making the 2014 NBA Playoffs.

After the sweep against the Miami Heat, the Bobcats rebranded as the original Charlotte NBA team, Hornets. A strong opening night win would be the lone highlight of the 2015 season that saw Charlotte narrowly miss the playoffs. The offseason saw a trade bringing in Nicolas Batum and midseason moves, adding Courtney Lee and Jeremy Lin, leading to 48 wins, and a playoff berth, where they pushed the Heat to a Game 7.

Unfortunately, the Hornets have struggled, since then, narrowly missing the playoffs, each season since. This is despite Kemba Walker morphing into one of the NBA’s best players. Despite all the mismanagement, Kemba was willing to stay, at a discount, for $175 million, over five years, but the Hornets only wanted to give $160 million, for four years, so Kemba committed to the Celtics, who are anticipating Kyrie Irving leaving.

In hindsight, Charlotte had several moves that could have made them into a team worth Kemba Walker staying to fight for and one to attract free agents. An obvious one is keeping Tobias Harris, when they drafted him, another is making a trade for Dwight Howard, in 2013, when he was still a top NBA player. Then, there were outside chances of trading for an Anthony Davis, DeMarcus Cousins, or Blake Griffin, that would have had Charlotte contending.

But, it looks like it’s back to those final Bobcats days, now.

More in Hip Hop News
Cardi B’s “Okurrr” Trademark Request Gets Denied By U.S. Patent and Trademark Officials; The Word is Labeled as “Widely-Used Commonplace Expressions”
Video goes viral of Latina woman cursing out her Black boyfriend, calling him N-word, among other slurs, sparking Twitter debate on why Black men trash Black women for being “angry” and “loud,” but love the same qualities in Latina women