Home » Hip Hop News » Kendrick Lamar announces that his first album since 2017, “Mr. Morale & The Big Steppers,” will arrive on May 13 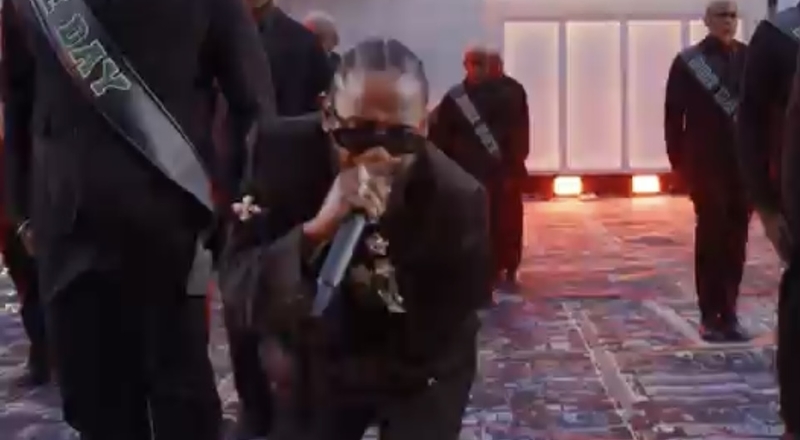 It’s been a very long time since Kendrick Lamar released an album. The previous project of his was his char-topping “DAMN” album, way back in April 2017. DAMN was led by hits such as “Humble,” “Loyalty” featuring Rihanna, and “Love.” The album even went on to win a Pulitzer Prize.

Now, after a very long four years, Kendrick is finally back. Kendrick just quote tweeted above someone who said that he is officially retired. Kendrick’s response was with a link to his website.

The link that Kendrick posted, included a press release from his pgLang record label. It featured an announcement that Kendrick’s fifth studio album will finally be out, on May 13. This project is titled “Mr. Morale & The Big Steppers.”

“The following statement was released today by oklama, through his company pgLang at 11:00am PT in Los Angeles, CA:

Album: “Mr. Morale & The Big Steppers.” Release date: 5/13/2022. All factual information for this release will come directly from this source only.”

Back in August, Kendrick also revealed that this “Mr. Morale & The Big Steppers” project will be his final album, while being signed to Top Dawg Entertainment. He had been with this Los Angeles-based record label, for over 15 years. This also comes after Kendrick performed at the Super Bowl, in Inglewood, CA, in February.

More in Album Preview
Pusha T announces that his “It’s Almost Dry” album, is coming on April 22 [VIDEO]
Viola Davis gets dragged on Twitter for her portrayal of Michelle Obama on The First Lady