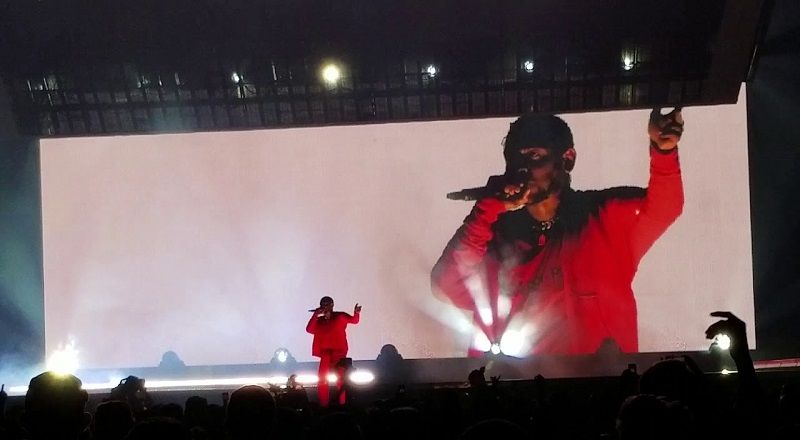 One thing about rap music and hip hop that’s never changed is how the music always reflects what’s going on. Think about it, police killings of the black youth have been relentless, five years straight. So, these rappers who are under 20 grew up watching this.

Meanwhile, guys like Kendrick Lamar have witnessed the very worst of what America has to offer. Because of this, the creators have taken refuge in their work to get their point across. Still, some things never change, the mainstream media still doesn’t get it.

Kendrick Lamar, with DAMN., has become a very loud voice, speaking on the injustice. There are a lot of ways to refer to him, especially after all the work he’s done in 2017. But, the New York Post chose to refer to him as a “racial slur rapper” in their article about ESPN having Kendrick do an upcoming halftime show.

More in Hip Hop News
Cardi B takes over YouTube, with #BartierCardi becoming the number one trending video
Rob Kardashian might have a new girlfriend and a second child, another daughter; IG posts show a woman, a baby, and toys in what looks like Rob’s house (PHOTOS OF NEW GIRLFRIEND AND CHILD INCLUDED) [PHOTO]