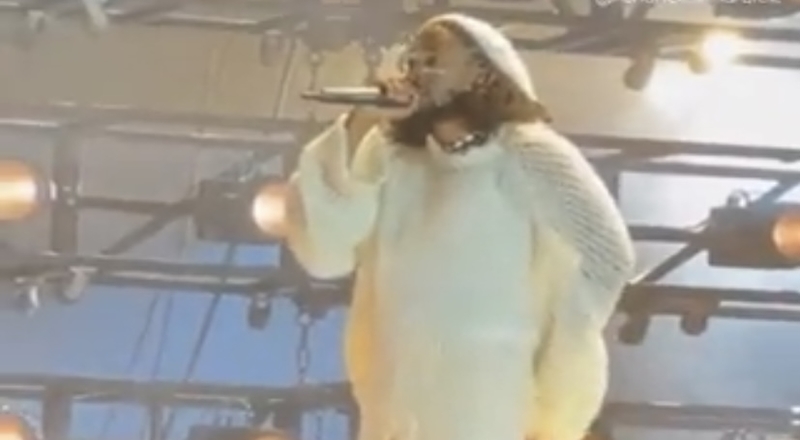 Last night, Kendrick Lamar headlined the first night, of the highly anticipated Day N Vegas festival. Kendrick performed plenty of his hit records, from the ones on his 2011 “Section. 80” album, all the way to his most recent 2017 “DAMN” album. He also performed “Family Ties” and “Range Brothers,” with his Pg Lang artist, Baby Keem.

At the end of Kendrick’s performance, he thanked the Las Vegas crowd, and also said that he will be back “very soon.” To many, this hinted at possible new music finally coming out soon. His new album is also being waited on, as it will be his first album, in over four years.

Back in August, Kendrick also posted a message to his website, where he said his next album will be his final one, on Top Dawg Entertainment. As of now, there is still no title or release date.

Check out Kendrick Lamar’s Day N Vegas festival performance, and speaking to the crowd, below.

Kendrick telling the crowd that he’ll be back very soon, at the end of his @daynvegas2021 show @kendricklamar pic.twitter.com/084CsFouDn