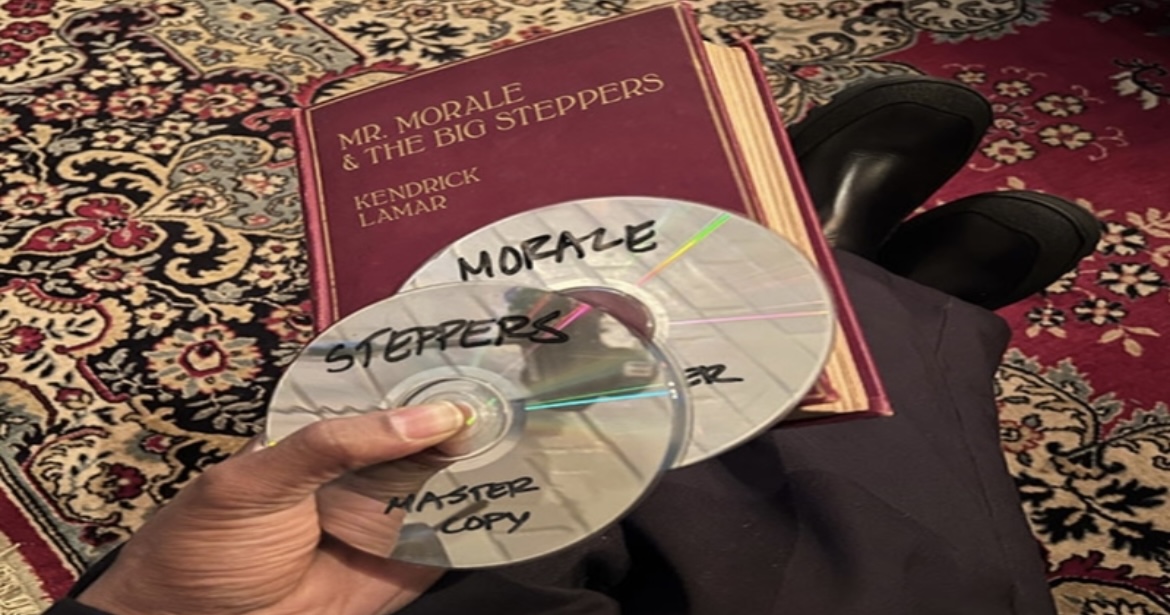 Kendrick Lamar’s “Mr. Morale & The Big Steppers” may be a double album

Next week, Kendrick Lamar will be releasing his first album in five years, with “Mr. Morale & The Big Steppers.” A big first week in sales is anticipated as well, as it’s expected to debut at number one on the Billboard 200 chart, and be Kendrick’s third straight number one album.

There is now more information surfacing about Kendrick’s forthcoming fifth studio album. On Kendrick’s Oklama.com website, he is seen holding two CDs, along with a book with the album title, which hints at Mr. Morale & The Big Steppers being a double album. This photo can be seen after clicking on one of the available folders on the website.

Kendrick originally announced Mr. Morale & The Big Steppers on this same website, on April 18. This ended the long wait for a new Kendrick project to finally arrive, as the last one was his “DAMN” album, back in 2017. That was one of the biggest projects of the year, as it even won a Pulitzer Prize.

Kendrick Lamar’s “Mr. Morale & The Big Steppers” may be a double album