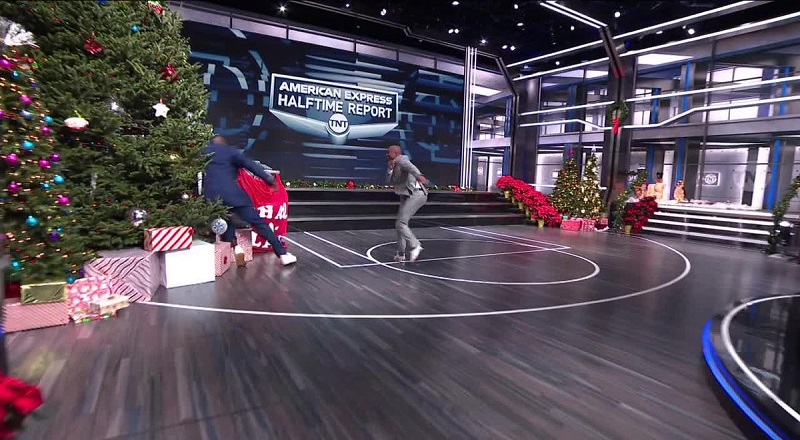 Kenny Smith, aka “The Jet,” shares a unique history with Shaq. Over the past eleven years, they have worked alongside each other with the NBA on TNT. Before that, Shaq played against Kenny in the 1995 NBA Finals. During this time, Shaq played for the Orlando Magic, and it was his NBA Finals debut. On the other hand, Kenny played for the Houston Rockets, who won the 1995 title. Not only did Kenny’s Rockets win, but they got the sweep over Shaq’s Magic.

Kenny Smith, however, did not reach the levels of success that Shaq did. In the end, Kenny was a role player for the Houston Rockets. He would become a bit of a journeyman, where he continued being a role player, to conclude his career. Meanwhile, Shaq was already a superstar, and he just kept adding to his list of accomplishments. When it was all said and done, Shaq finished with four championships, compared to Kenny’s two.

Kenny Smith and Shaq were in the NBA on TNT studio, in Atlanta, tonight. While they were hosting Charles Barkley challenged them to a race. Recently, Shaq admitted he gained a lot of weight. With that being said, he has gotten himself back into shape. However, when it came to this race, Kenny lived up to his nickname, “The Jet.” In addition to running off, Kenny gave Shaq a strong enough shove to make him lose his balance. As a result, Shaq fell into the Christmas tree.