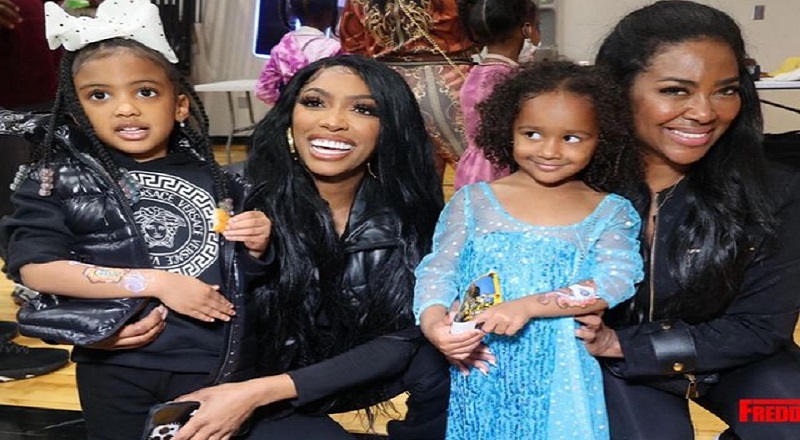 Kenya Moore has a history with Porsha Williams, which is mostly bad. However, they have had some good moments, over the years. Briefly, the two ended their longstanding feud, in 2018. However, Kenya and Porsha have had an ongoing feud since 2012. Once again, it looks like the ladies have put their issues to the side, for the sake of their children.

Kenya Moore originally was booked, on “The Real Housewives of Atlanta,” by Porsha Williams, at an event she was hosting. At this event, Porsha referred to Kenya as “Miss America.” In actuality, Kenya was “Miss USA,” back in 1993. As a result, Kenya was offended. In turn, Porsha did not see how it was a big deal. When Kenya began feuding with her, the RHOA ladies defended Porsha by pointing out to Kenya how much younger Porsha is.

Kenya Moore and Porsha Williams had a huge disagreement during “The Real Housewives of Atlanta’s” reunion, in 2014. As a result, Porsha lost her peach. In addition, the rules to the reunion show completely changed. A few years later, Kenya left the show. During her time away, Porsha and Kenya actually bonded over being pregnant at the same time. They had a short-lived friendship on the show, before reverting to being rivals. With Porsha no longer on the show, she and Kenya are friendly again.

Kenya, along with the other RHOA ladies, and her daughter, Brooklyn, were at Porsha’s birthday party for her daughter, PJ. With Porsha, Kenya, and the girls snapping the pic, it looks like their feud is over, again.