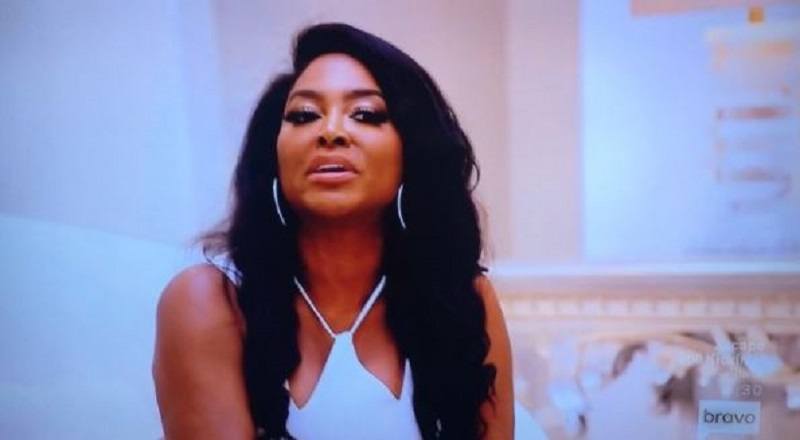 Ironically, when Kenya Moore first joined “The Real Housewives of Atlanta,” Kim Zolciak left. Actually, the dinner to welcome both Kenya and Porsha was when Kim angrily left. After Kim left, Kenya and Porsha took the show over, with their rivalry.

Despite not being on the show, Kim remained an avid viewer and took a big dislike to Kenya. In the five years that Kim was off the show, she and Kenya got into many Twitter fights. The two didn’t meet, in person, until last season’s finale, when they got into it.

On tonight’s episode, Kim began taking pot shots at Kenya, renewing their rivalry. The two began going back and forth and Kenya ended up giving Kim a read she’ll never forget, one that led to the two almost coming to blows. Taking to Twitter, Kenya Moore called Kim a “nasty woman” for the comments she made about her.