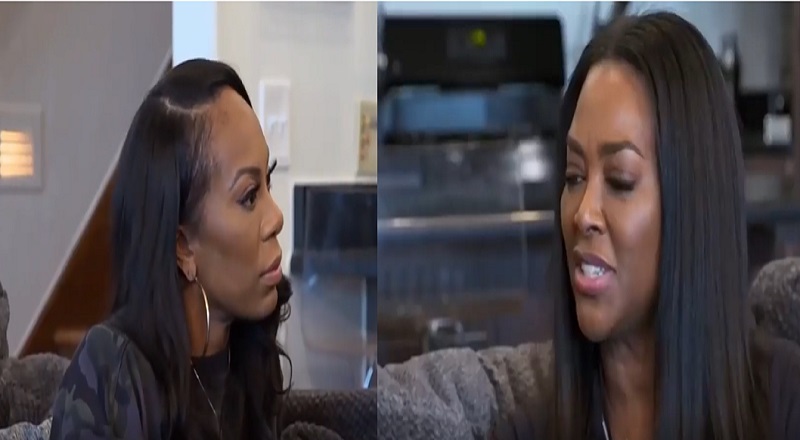 Kenya Moore and Sanya Richards-Ross were on their way to building a friendship. However, Sanya was doing a little too much, on last night’s episode of “The Real Housewives of Atlanta.” When the episode began, Kenya was refusing to sit down and talk to Marlo Hampton. As a friend of both, Sanya was pushing for the ladies to talk.

Kenya Moore confided in Sanya Richards-Ross about her issues with Marlo Hampton. When Kenya mentioned to Sanya about her issues with Marlo raising her nephews, Sanya went back. After that, Sanya went right to Marlo, and told her what Kenya said. Indirectly, this led to Marlo trying to kick Kenya off the trip, and making the girls wait in the driveway for an hour, shocking all.

Kenya Moore clearly did not appreciate Sanya Richards-Ross going back and telling Marlo Hampton what she said about her. On Twitter, the fans did not appreciate what Sanya did, either. They had all kinds of jokes about Sanya running to tell that. Among the people on Twitter with an opinion was Drew Sidora, the friend who brought Sanya on the show. Drew called Sanya “messy” and “the new bone collector.” As a result, Kenya chimed in, reiterating her question of how she can have an issue with Drew and how she moves, but not with Marlo.

More in Hip Hop News
Brooklyn pastor gets robbed in the middle of his sermon [VIDEO]
Lizzo earns her second number one single, on Billboard Hot 100 chart, with “About Damn Time”