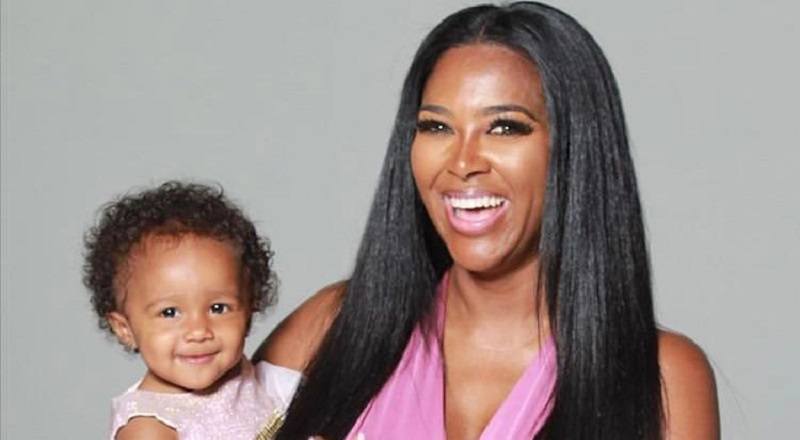 Last night, Kenya Moore was dragged by “The Real Housewives of Atlanta” fans, over her treatment of Tanya. Still, there was a huge segment of fans who defended her, as Marc treated her badly. That didn’t stop the overall audience for going in on Kenya.

While many were able to criticize Kenya for how she was treating Tanya, but still defend her against Marc, not all were. Another large portion of fans showed her no sympathy. They said that this was the karma Kenya was getting, saying she deserved it.

Always one to clap back, Kenya Moore took to Instagram, where she took these fans on. She would share a photo of her holding her baby, Brooklyn. In the caption, Kenya said “This is my karma.,” but she would later would completely edit the post, essentially making it into another post, entirely.

More in Hip Hop News
Princess Love and Ray J are talking out their marital issues on Zeus Network and Princess tells a fan this is the only way she can get him to talk to her #LHHH [VIDEO]
Master P and Romeo Miller talk leaving “Growing Up Hip Hop,” self wealth, family values, and more on “The Breakfast Club” [VIDEO]