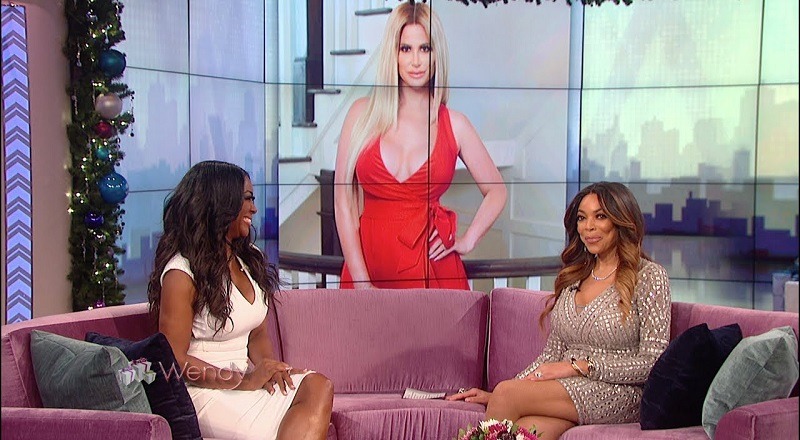 Given how this weekend’s episode of “The Real Housewives of Atlanta” ended with NeNe and Porsha fighting, Kenya was overlooked. But, it was she and Kim Zolciak that had the cliffhanger from last week. In the last episode, Kenya had more action on social media.

When Marlo Hampton showed up with NeNe on Sheree Whitfield’s trip, to San Francisco, Kenya Moore had the winning line. She said she wasn’t surprised to see Marlo, as “she’d show up to the opening of an envelope.” From there, her and Kim’s digs, on Twitter, made the show.

Kenya Moore showed up to talk to Wendy Williams about her marriage and having children. Speaking of the show, she was asked about Kim and Kenya said the two were once cool. When asked about their falling out, Kenya attributed this to her having a natural face, as opposed to Kim’s plastic surgery.