Home » Hip Hop News » Kevin Durant checks heckler, during the middle of the game, telling them “Watch the f*cking game and STFU” [VIDEO] 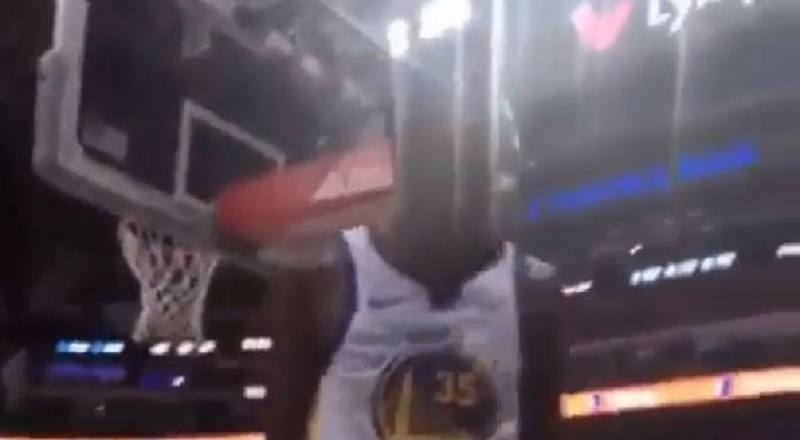 Winning three out of four championships, the Golden State Warriors have looked unstoppable, over four years. Since 2014, this team has been heads and shoulders above the rest of the NBA. This season, though, the Warriors have struggled.

Already, the Warriors were the best team in the league, though they underperformed last season. Boasting Kevin Durant, alongside the core of the 73-win team, Golden State should never go below 60 wins. Last season saw them only win 58 games, though they won the chip.

This season, there have been a lot of struggles for the Warriors, who recently lost to the Dallas Mavericks. On top of that, Kevin Durant is feuding with Draymond Green, his own teammate. During a recent game, a heckler tried to get at KD, and he unloaded on him, telling him to “watching the f*cking game and STFU.”