Home » Hip Hop News » Kevin Durant parties with Kyrie Irving and Chantel Jeffries at pool party + Gets spotted hitting on a girl, leading Twitter to ask if he has a girlfriend (FULL VIDEO INCLUDED) [VIDEO] 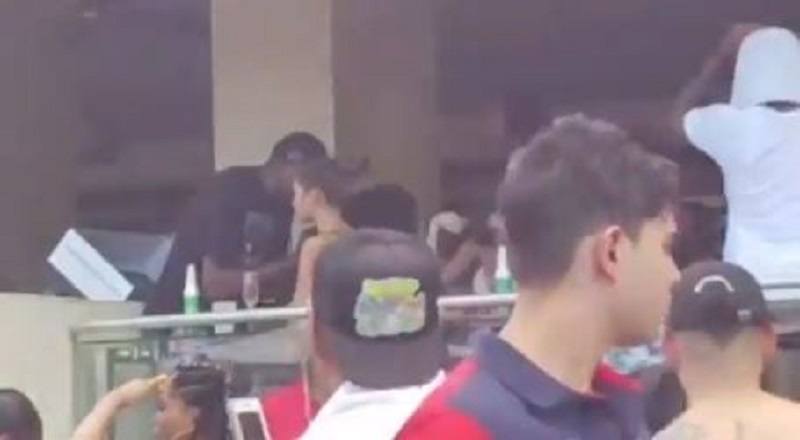 Just like last year, Kevin Durant came up big in Game 3. That shot helped make the Golden State Warriors champions of the NBA for the third time in four seasons. Now, the Warriors have another team to worry about, in the West.

Suddenly, the Los Angeles Lakers are led by LeBron James, and he has reinforcements in Lonzo Ball, Brandon Ingram, and Rajon Rondo. It might not be enough to beat Golden State, but it’s enough to annoy them. Right now, Kevin Durant is only focused on the partying, though.

Yesterday, some footage surfaced of Kevin Durant partying with his former rival, Kyrie Irving. The two were attending a pool party, where Chantel Jeffries was also present. Kevin Durant, who is said to have a serious relationship, was out there pushing up on some female, some are saying it was Jeffries, who is rumored to be with Kyrie.

KD got no game pic.twitter.com/hApumnMl9N