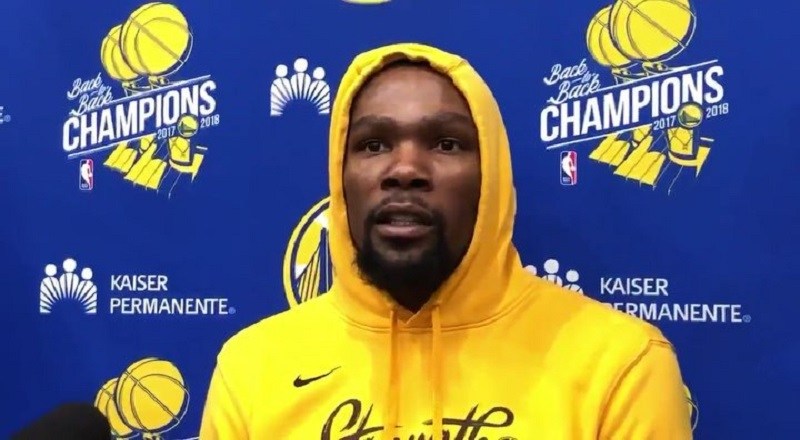 As usual, the Golden State Warriors are cruising to one of the NBA’s best records. It looks like last season was no fluke, as the Warriors will fall short of 60 wins for the second straight season. None of that will matter if they win the championship for the third straight season.

The Warriors won the 2015 championship, then got stunned after 73 wins, the following year. Taking no more chances, the Warriors controversially signed Kevin Durant. Best-known for playing for OKC, his Thunder nearly beat them in the playoffs, just weeks before.

Kevin Durant has endured another up and down season, but is now dealing with a real loss. The Warriors are forever good, but KD lost his best friend, Cliff Dixon, who was killed last month. His funeral was held, back in Washington, DC, and KD shared the obituary on his IG Story, along with talking about him in an interview.

More in Hip Hop News
NeNe Leakes has a message for Kenya Moore, telling her “you came after me,” “I am THE queen,” and “remember who started this show” #RHOA [VIDEO]
Dave East holds NYC vigil for Nipsey Hussle and calls his killer, a “sucker who killed a king,” earning nothing but love and praise from Twitter