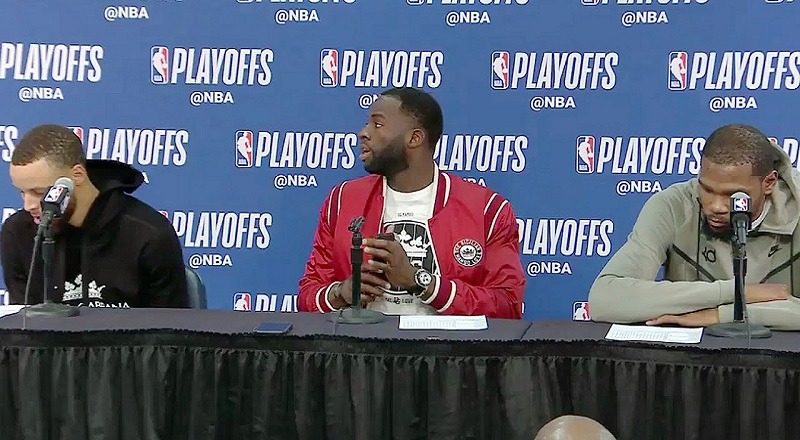 Obviously, this season hasn’t been like the other Golden State Warriors’ seasons. Usually, this team wins 67 games and they bulldoze through the playoffs. The only time they really struggled, outside of the Finals, was the 2015 second round against Memphis.

Since Game 2, the New Orleans Pelicans have been giving GSW a hard time. Their core, Anthony Davis, Jrue Holiday, and Rajon Rondo, have figured the Warriors out. They made Game 2 close, and took the momentum, plus homecourt, to New Orleans.

Following the loss, Stephen Curry, Draymond Green, and Kevin Durant spoke to the press. The conversation started with them talking about how the Pelicans outplayed them, and Steph discussed coming back from injury. They also talked about adjustments, as Draymond Green spoke on him and Rajon Rondo going at it.