Home » Hip Hop News » Kevin Durant was fined $50,000 for insulting Michael Rappaport, which is the same amount Meyers Leonard was fined for saying a racial slur; Twitter is enraged, debating racism vs. homophobia 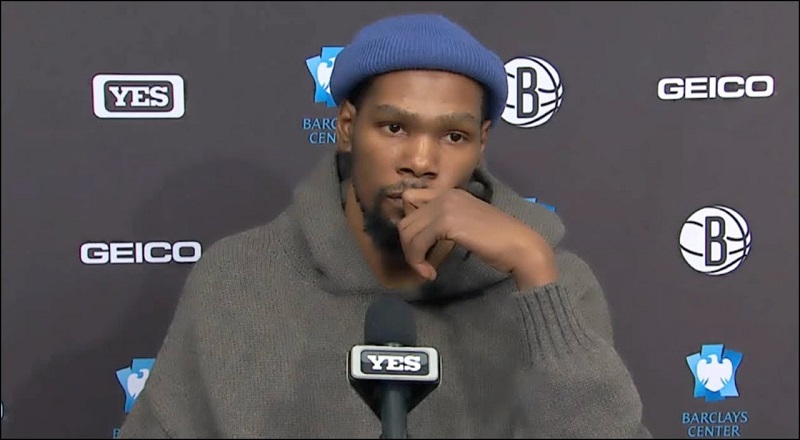 In his career, Kevin Durant has been no stranger to controversy. A prolific scorer, Durant was often the source of criticism. During his third season, KD became the NBA’s scoring leader, and during this time, he began facing criticism.

Kevin Durant made controversial choices, such as running burner social media accounts, insulting people who criticized his game. He publicly feuded with Stephen A. Smith, after he questioned his choices. Most recently, KD got into a social media exchange, with Michael Rappaport.

Read the tweets about Kevin Durant below: