Home » Hip Hop News » Kevin Gates is being labeled as gay or bisexual on Twitter, after he shares a video, where he freestyles and mentions he’s “about d*ck, too,” but people misunderstood what he was saying [VIDEO] 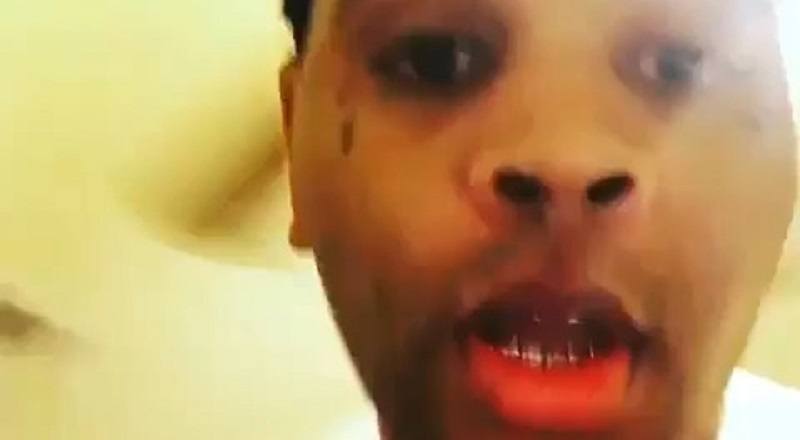 Since 2012, Kevin Gates has dominated the mixtape scene. He began showing up on several lists as the next artist to blow up. But, legal issues kept him from realizing his full potential, as it took three years for his music to hit the radio.

In 2016, Kevin Gates finally turned that corner, and he landed his first major radio hit. Unfortunately, just as he was building momentum, he ended up going back to prison. Now, Kevin Gates is a veteran of the game, providing an assist to the rising rappers in his city.

Recently, Kevin Gates took to video to express some of his thoughts in a freestyle. There were some lines in it that led people on Twitter to call out Kevin Gates as gay or bisexual. But, those who listen to his music call those people dumb, saying they simply don’t understand how Kevin Gates talks, so they don’t know what he means.

Continue Reading
You may also like...
Related Topics:kevin gates

More in Hip Hop News
A$AP Rocky To Be Held In Swedish Jail For Two Weeks After He And His Crew Assaulted Man Who Kept Following Them And Attacked A$AP’s Security Guard; A$AP Could Face Six Years In Jail If Convicted [VIDEOS]
Dreamville releases “Revenge of the Dreamers III” track listing #ROTD3 [PHOTO]