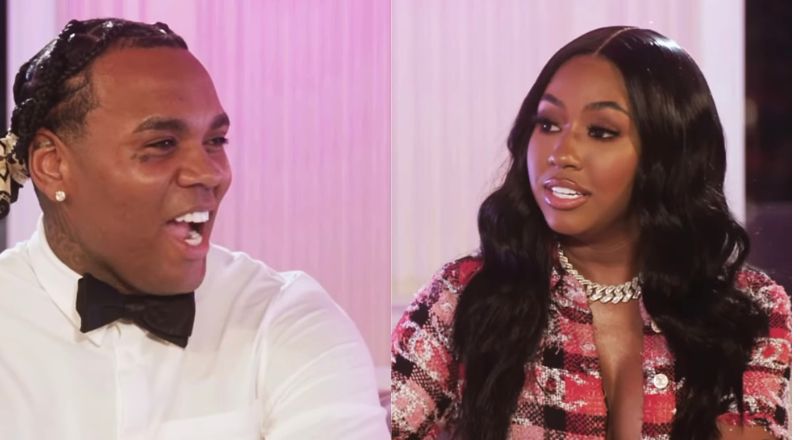 Kevin Gates did not spare any details or censorship during his interview on Caresha Please. The controversial rapper has made headlines recently with his very public split from wife Dreka Gates. On the podcast episode airing on REVOLT TV Kevin gets explicit with his sexual desires, his long tongue and if he really had relations with his cousin. Yung Miami could barely contain her composure as Kevin went into detail on his bedroom antics.

Kevin Gates made his way to fame in 2016 with his debut album Islah, earning a number two spot on the Billboard 200 chart. He then released several other projects all of which peaked in the top 40 during their initial release. Aside from his raw and uncensored appeal, Kevin Gates has been very open about personal battles. In several interviews he mentions being molested and how it has haunted him throughout his adult life. Although tragic, his vulnerability has earned him a dedicated following in the rap world.

Kevin Gates recently dropped his third studio album Khaza in June, already receiving critical acclaim from his fans. The intro to the album went viral as he touches on the estranged relationship with Dreka Gates. Kevin announced shortly after the release a deluxe version would be on the way soon. Kevin Gates is an artist who knows exactly what to say to keep everyone’s attention. His interview on Caresha Please airs tomorrow on the REVOLT TV network.

More in Hip Hop News
Quavo speaks on 2020 elevator fight with Saweetie; Says he doesn’t like what people think about what happened, and never wants to do harm to any woman
Doja Cat has lost 200,000 Instagram followers, after Noah Schnapp incident