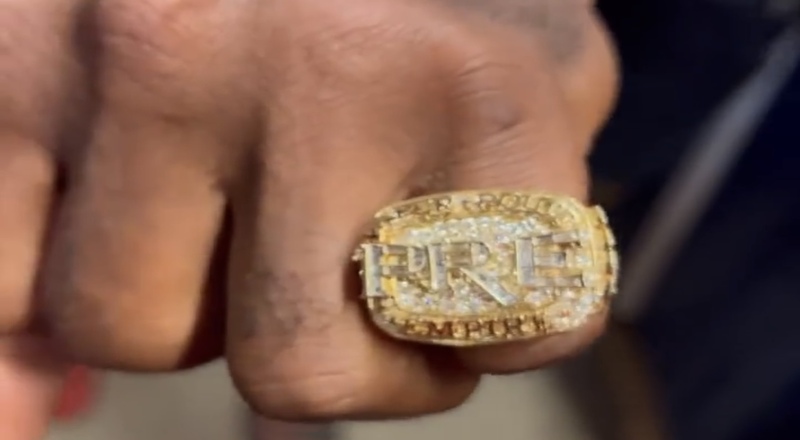 Jackson State University’s football program continues to be in the spotlight, as NFL Deion Sanders, is their head coach. He’s been at JSU, since 2020. His son, Shadeur, has also been JSU’s quarterback, since 2020. Deion and JSU even went viral, after bringing in Brittany Jenner last winter, to deliver a motivational speech, to the team.

On Saturday, JSU improved to 3-0, with a 66-24 route, of Grambling State University. There was also a huge postgame celebration as Deion and Shadeur Sanders and their Tigers were welcomed by Key Glock. Glock turned up with them in the locker room, to celebrate another win by JSU.

Glock is signed to the late Young Dolph’s PRE label, as Dolph was also close with Sanders and the JSU football team. Last fall, Dolph went viral for turning up with the team, after a win, and blasting his 2017 hit single, “100 Shots.” That was after JSU defeated Alabama State University.

More in Hip Hop News
Nick Cannon’s new baby mama and mother of his ninth child, LaNisha Cole, praises him as an “amazing father,” after recently giving birth
Tory Lanez seemingly confirms that he got into a fight with August Alsina, after August didn’t want to shake his hand; August is allegedly salty about Tory saying he wouldn’t snitch on Jada Pinkett’s entanglement, like August did