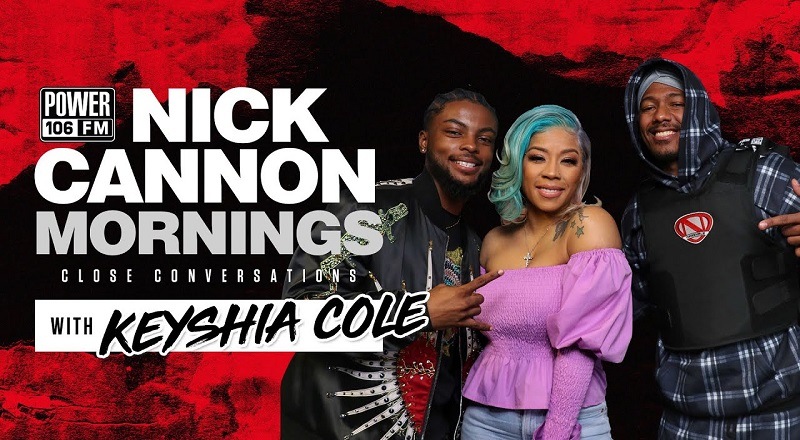 Since departing “Love & Hip Hop Hollywood,” Keyshia Cole has kept herself out of the spotlight. But, the spotlight had a way of finding her, as she really was low-profile, on the show. As she and Booby dealt with co-parenting, on VH1, she was finding love.

Keyshia Cole, at the age of 37, began dating 22-year-old Niko Khale, who would become the father of her second child. The couple recently welcomed their first child, together. This led to BET coming, signing her up for yet another series.

With the new show, Keyshia Cole is making her media rounds, and went to Power 106, in her residing city, LA. She spoke with Nick Cannon, who could relate to Niko Khale, as he also was with an older woman, Mariah Carey. When he dropped the word “elder,” Keyshia Cole came for him, before speaking on the show.

More in Hip Hop News
HIP-HOPVIBE.COM partners with “21 Bridges” movie for ticket giveaway in select cities
Omarion left Maybach Music, reveals they never helped promote his music, said neither MMG or Atlantic believed in “Post To Be,” and he has his own label, OWW (Omarion WorldWide) [VIDEO]