Home » Hip Hop News » Khloe Kardashian looks just like Malika, in her newest IG post, and Twitter is going in on her over it, but Tristan Thompson is here for her new look! [PHOTOS] 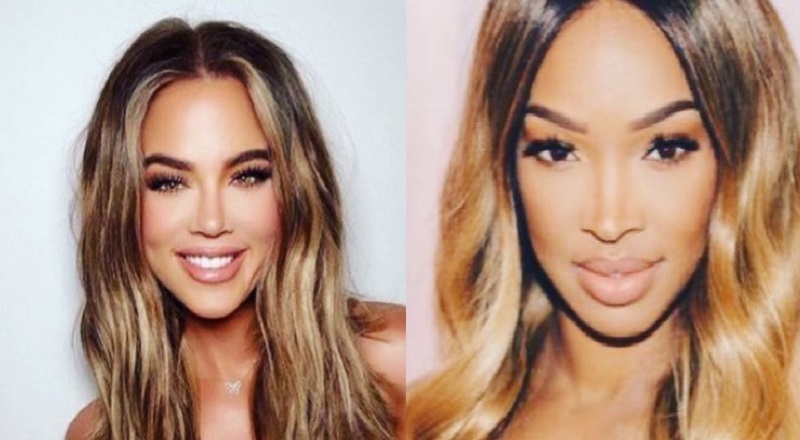 Over the years, Khloe Kardashian and Malika Haqq have been everything to each other. At one point, Malika dated Rob, and after that ended, it looked like she wanted Khloe. Ultimately, the two have remained just really close friends.

Malika got into some controversy, when her history with Chinx, a married rapper, was brought into question. When he died, Malika made a post about him, only for Erica Mena to call her out. Since then, Malika and O.T. Genasis became an item, as she had his baby.

Khloe Kardashian has shocked social media, with her face, again. This time, it’s because her face looks so much like Malika’s. Fans on Twitter are trying to figure out what the deal is, but Tristan Thompson says he likes it, and forget what the haters say.

Read the tweets about Khloe Kardashian and Malika below:

More in Hip Hop News
Cyn Santana gets confronted by fans on Twitter, who want to know if she really called Fantasia ugly #LHHNY
Colin Kaepernick’s Girlfriend, Hot 97’s Nessa, Blasts NFL After Listing Kaepernick on Their Website as a Retired Player; They Soon Changed His Status To “Unrestricted Free Agent”