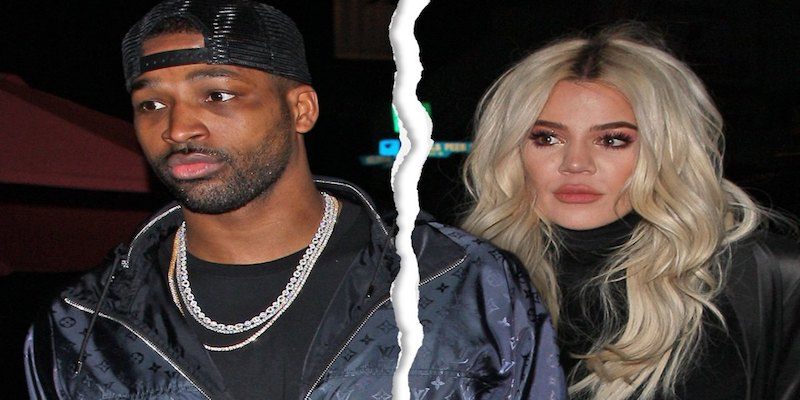 Looks like Khloe Kardashian and Tristan Thompson are calling it quits and throwing in the towel. The father of her daughter True, has allegedly cheated on her AGAIN, and this time it hits too close to home. Sources say her baby daddy has cheated on her with her sister Kylie Jenner’s best friend.

Reports told TMZ that Tristan flew into LAX Thursday to spend Valentine’s Day with Khloe and their daughter, True but on Sunday he was a new man. Two nights later he was spotted at a house party snuggled up with Kylie’s best friend, more life sister, Jordyn Woods. Witnesses at the party say the two were all over each other the entire evening, making out and couldn’t get enough of each other. I mean they are always around each other so it’s not as though they haven’t ever spent time around one another. Upon getting word about the two all boo’d up, sources close to Koko say she immediately broke things off with the NBA baller. She is over trying to make things work for the sake of her family and states there is little room for reconciliation.

If you recall, back in October of 2017, Tristan was caught creeping in Washington, DC with a woman at a hookah lounge where he was caught on camera motor-boating and getting touchy feely with. He then was caught in photos walking into a hotel with the woman and leaving out of the hotel with her later that evening. The worst part about the entire situation was that the video surfaced just days before Khloe gave birth to their daughter.

It’s been radio silence as to where Kylie and Jordyn stand in all of this, but the two besties have been inseparable lately. As the story develops and the reactions roll in, we will keep you posted!