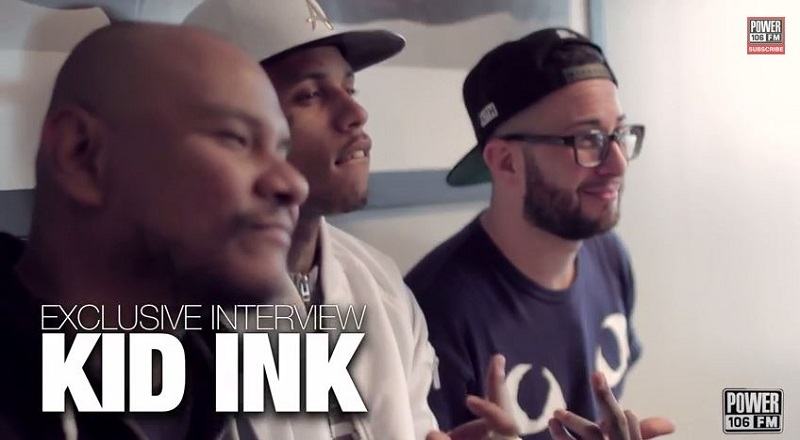 Last year, Kid Ink took his mixtape popularity well into the mainstream, delivering singles with Chris Brown. After releasing My Own Lane last year, he immediately began working on Full Speed. Only three months after announcing the album, it’s out.

Kid Ink has the single, “Body Language,” with Usher and Tinashe that is dominating the radio, right now. Of course, Kid Ink has more singles coming with Chris Brown off the album, too. The album is one of the most-anticipated albums of the year.

Recently, Kid Ink paid a visit to local Los Angeles station, Power 106, talking to J Cruz and Justin Credible. When he made his visit to Power 106, Kid Ink talked about Full Speed, which is the new album. During the interview, Kid Ink also discussed his experiences of being on tour, which he has done a lot of over the past few years.