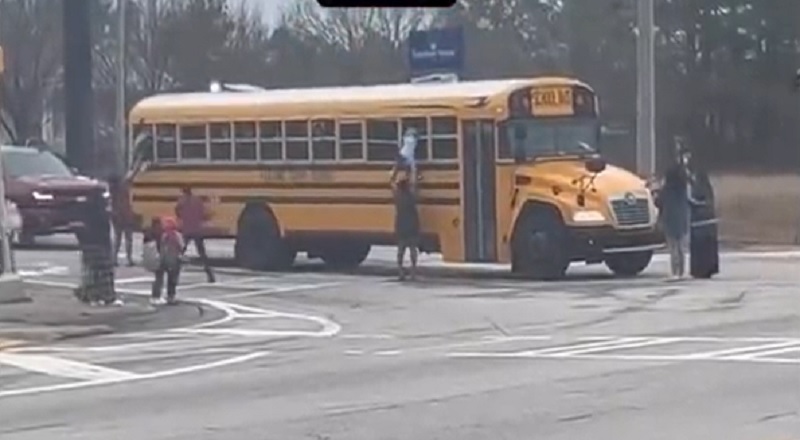 These days, children are so disrespectful, and they treat their teachers so badly. However, when the news reports these situations, they only show the adults acting up. A more accurate story would be to detail what the children have done to cause the adults’ actions. There have been an increasing number of videos showing children disrespecting adults. However, this latest video shows children having to pull themselves out of bus windows. This was due to the driver not opening the door.

Exactly what led to the driver not letting the children leave the bus is known. An educated guess is that the children were misbehaving and the driver ended up pulling them over. Again, this is not saying for sure what happened. However, drivers are known to pull over and stop, when they cannot get the children to behave. This is no defense of the driver, as the driver up taking things entirely too far, when it boiled down to it.