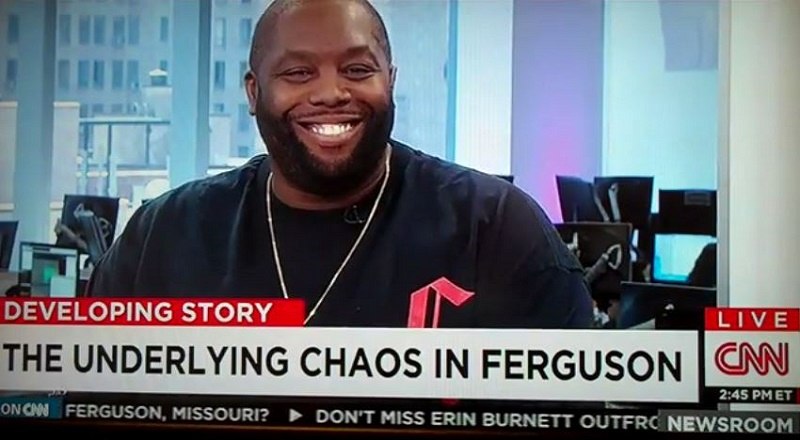 In the past, Killer Mike has spoken out and remained vocal against the various social injustices. Gang violence is an ongoing issue and many have questioned how to tackle it and move on in a positive manner. Now, however, it looks like a bigger threat is coming from the police and their violence on innocent, young, men.

Killer Mike, like everyone else, is well aware of the Michael Brown murder and the rioting going on in Ferguson. Many of the biggest names in hip hop have found their way down to Ferguson to aid in the situation. These names include Nelly and J. Cole, who are giving back and helping out.

Recently, CNN invited Killer Mike onto their program and he discussed his take on what’s going on. During the Trayvon Martin saga, Killer Mike spoke out and he even released a song in his honor. This time, Killer Mike spoke to CNN about the police violence, Ferguson, and much more.