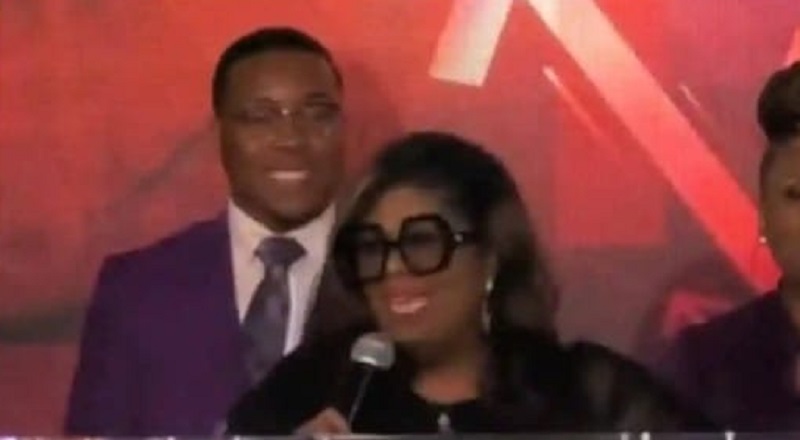 Kim Burrell went viral, yesterday, after her speech from Sunday made its rounds. A church brought Kim Burrell in as their guest speaker. When she took the pulpit, Kim Burrell immediately began taking shots. Burrell made a lot of jokes, which could be viewed as offensive.

Kim Burrell is well known in the gospel music and entertainment world. Because she is outspoken, Kim Burrell normally finds herself at odds with people. Burrell is often being called out for her commentary. However, Kim Burrell also has influential friends to stick up for her.

Kim Burrell gave her speech and she threw all kinds of shots at everyone. Then, Kim Burrell made comments about ugly people in church congregations. After that, she said she didn’t see anyone ugly in that particular congregation, yet. From there, Kim Burrell said that people wearing hats was a smart thing, as she could not see their faces. These comments landed Kim Burrell in hot water, because they were on the mean side.

Kim Burrell released a statement, this morning, where she apologized for her comments. In the same statement, Kim Burrell made it clear she did not like how some outlets portrayed her. As a result, Kim Burrell’s statement included a threat to take legal action.