Home » Hip Hop News » Kim K gets blasted by Twitter, accused of mocking black women, and wearing blackface on 7Hollywood magazine cover; Kanye gets called a “coon” for “allowing” her to do this 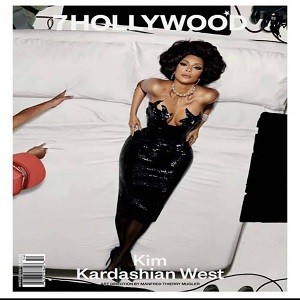 Whether it’s fair or not, Kim Kardashian has faced all kinds of accusations, where the black community is concerned. The empire she’s built for himself is impressive, but how she built it remains controversial. It was the Ray J tape that put her on the map.

Kim Kardashian, with the help of her mother, parlayed that into a reality TV franchise that set the standard. The show raised the visibility of the whole family, allowing for product placements. Those placements have made the entire family close to billionaires.

Now, recent photos of Kim Kardashian are showing her with a much darker skintone. Already, Kim K has caught flack from Amanda Seales over her 7Hollywood cover. Twitter now has seen it, and Black Twitter is coming for Kim, accusing her of mocking black women and wearing black face, labeling Kanye a “coon,” again.

Read the tweets about Kim K below:

More in Hip Hop News
Steph Curry suffers from nude photo leak and Twitter says they clicked to see why he was trending and now they’ll be off, while others said this whole thing is too much, and what about Ayesha?
Tekashi 6ix9ine Could Be Released From Prison as Early as August 2020 if Found to Have Good Behavior