Home » Hip Hop News » Kim Kardashian is being accused of calling Whitney Houston an “old crackhead” in phone call with Ray J, from years ago 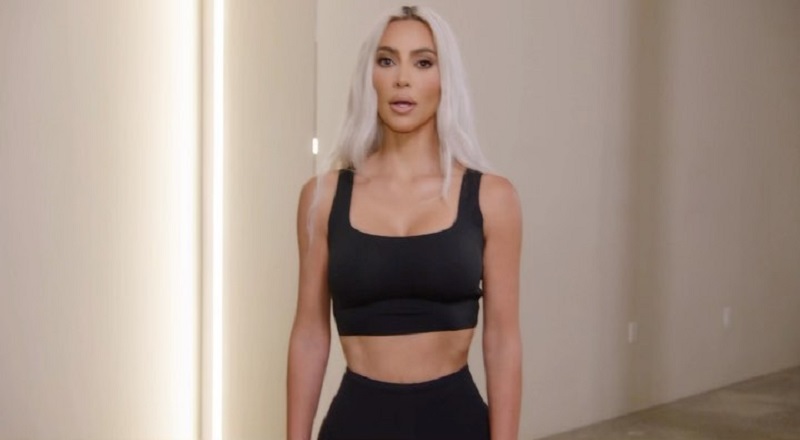 Kim Kardashian has always been a controversial figure. That controversy paid off. Her rise to fame was a tape with Ray J. Years later, Kanye West bragged “my girl a superstar all from a home movie,” early in their romance. After that, Kanye and Kim became billionaires. Now, they are co-parents and Kanye is close with Candace Owens, a conservative activist. Owens leaked some damaging audio that she claims is of Kim Kardashian.

Kim Kardashian had a high profile relationship with Ray J, long before she and Kanye West got together. Ironically, when their video hit the internet, Kim and Ray J had been broken up for years. It turns out, their video was actually made in 2003, despite it being released in 2006. In addition, Ray J has spoken out against the video, in recent months. According to Ray J, Kim’s mother, Kris Jenner, made them refilm the video, several times, and then she sold the final copy. Right now, Kim Kardashian is facing a lot of allegations. What Kim is being accused of, this time, has the potential to actually ruin her career.

Kim Kardashian is accused of being the voice in viral Twitter audio. Allegedly, this is Kim blasting Ray J over being romantically involved with Whitney Houston. As a result, the voice in the audio references Whitney, never mentioning her by name. The words “old crackhead” are said. However, Ray J’s voice is never heard, the voice does not sound like Kim’s, nor is Whitney Houston mentioned by name. Whatever the case, Kim and Ray J are being dragged on Twitter.

More in Hip Hop News
Jalen Rose’s sister goes off on him, after selling their mother’s home that she’s been living in, a year after the mother passed away [VIDEO]
Man assaulted and raped his girlfriend after getting mad over football game