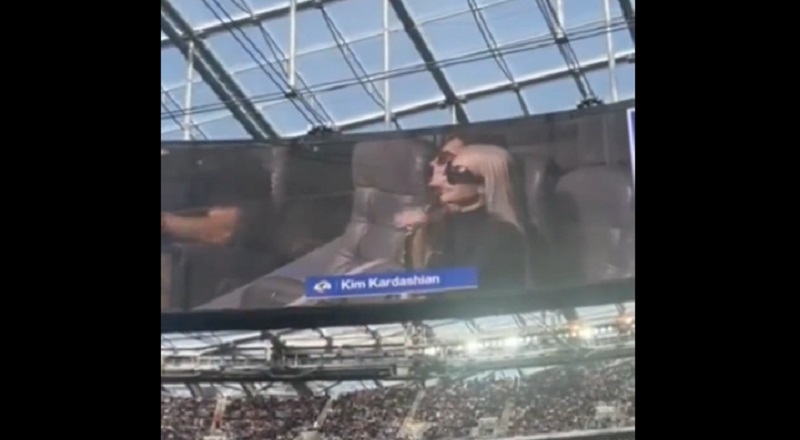 Kim Kardashian gets booed by crowd at Cowboys vs Rams game

Kim Kardashian has been a polarizing figure her entire career. The video that made Kim Kardashian famous was always controversial. However, Ray J recently came with details that have made that video look even worse. Add to that, Kanye West is ranting on Kim, again. When she tried to take the time to just go to a Los Angeles Rams game, Kim had to deal with even more drama.

Kim Kardashian is not just one of the most polarizing figures in entertainment, she changed the game. In 2008, she turned her home movie stardom into a reality show. Under the guidance of her mother, Kris Jenner, Kim slowly built a billion dollar empire. Initially, their show was an E! original program. However, their show ended in 2021, and a new show premiered on Hulu only months later. The latter show has detailed the ending of Kim’s marriage to Kanye West.

Kim Kardashian has had to deal with a lot, over the past few years. Not only did she have to deal with the divorce, but she also had the kids and Kanye to think about. As a result, Kim Kardashian went through major stress. A year ago, Kim was doing “Saturday Night Live,” where she was joking about Kanye West being the greatest rapper of all time. At the time, it looked like they would reunite. Now, it looks like Ye is on the verge of losing everything. In addition, Kim is dealing with fans being upset with her. At the Rams game, when her face was shown on the jumbotron, the fans began to boo her.

Kim Kardashian gets booed by crowd at Cowboys vs Rams game

Reality Tv Star, Kim Kardashian was booed during Sunday’s Rams and Cowboys game at SoFi Stadium Los Angeles, when her face was shown on the big screen pic.twitter.com/pJ0SJlWQBx