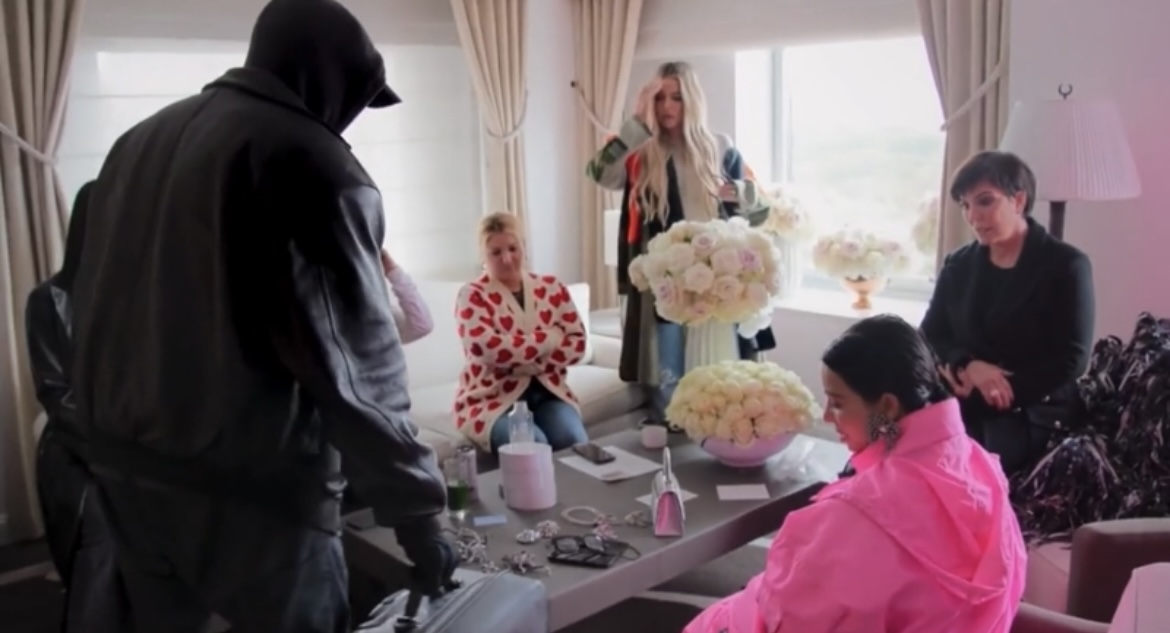 One if the latest episodes was released, where Kim was worried about unreleased footage of her 2007 sex tape with Ray J, would be released. This comes after Wack 100 came out and claimed that this footage was out there. Wack used to manage Ray J.

Kanye has since made arraignments to pick up this footage, as shown in The Kardashians episode. Kanye flew in from NYC to LA, and met with Ray J at the airport. That’s when Ray gave Kanye a bag that contained a computer, with a hard drive attached to it.

Kris Jenner ended up thanking Kanye, and emphasized how much this means to Kim. In a previous episode, Kim was sobbing about her being worried that the sex tape was going to leak. She even contacted her lawyer. In this episode though, Kim says this unreleased footage was just of her hanging out with Ray, and nothing sexual.

Kanye and Kim ended up officially getting divorced, in early March. That came after Kim filed for this divorce, back in February 2021. They were married since 2014, and together since 2012.

Ye flew from NY to LA and back to NY overnight to get the remaining unreleased footage of Kim's sex tape from Ray J and give it to her before her SNL appearance: pic.twitter.com/Mv0agCseUE