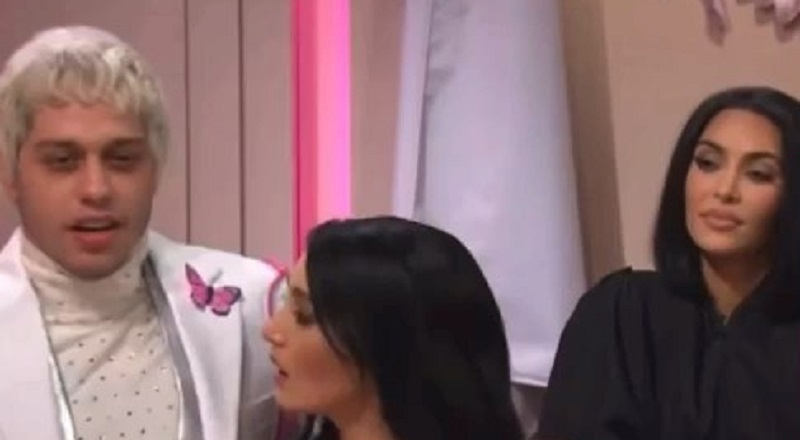 Over the past month, Kim Kardashian and Pete Davidson have been getting close. This past weekend, the two were photoed hanging out with Flavor Flav. Since then, the two were spotted holding hands, and reports say they’re officially dating.

While Kim Kardashian is moving on, Kanye West is insisting they’re not over. In his “Drink Champs” interview, Kanye said their children want them back together. Because of this, he says he is not giving up on winning his wife back, also pointing out no divorce papers have been signed.

Kim Kardashian may still be married, but Pete Davidson is the apparent man in her life, now. During a recent skit, Pete was hilariously kissing a woman who wasn’t Kim. The look on her face says it all, as Kim K wasn’t amused at all, and she actually looked jealous watching them, despite it being just a skit.

More in Hip Hop News
Chaka Khan teased, during #VERZUZ, and called “drunk auntie” by Twitter
Employees at Makeda’s Cookies, in Memphis, Are Reportedly “Traumatized,” After Witnessing Young Dolph’s Murder; Will Be Able to Take as Much Time Off as Possible and Continue to Receive Paychecks