Home » Hip Hop News » Kim Kardashian subliminally accuses ex-husband Kris Humphries of being gay, by saying she hasn’t been to a gay wedding, since her second wedding 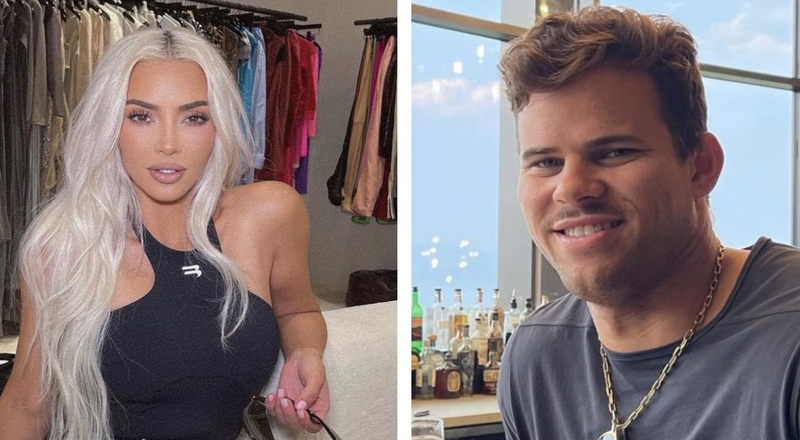 Many remember way back when Kim Kardashian had a very, very short marriage, to former NBA player Kris Humphries. The marriage only lasted 72 days, in 2011. At the time, Humphries was playing for the New Jersey/Brooklyn Nets.

Now, Kardashian is taking some very odd shots, towards Humphries. In a new episode of “The Kardashians” Kardashian joked that she hadn’t been to a gay wedding, since her second wedding. This appeared to be a subliminal shot of Humphries being accused of being gay. Kardashian went on to say that “I love a gay wedding.”

According to Radar Online, Kardashian supposedly questioned Humphries’ sexuality, due to him not being interested in having sex with her, after their honeymoon. Despite the odd gay claims, sources close to Radar Online say that Humphries has moved on, he’s muzzled at Kardashian thinking he’s gay, and that she needs to move on.

“Kris has moved on. He does not understand why Kim continues to think he’s gay. It’s infuriating. Kim needs to move on, just like he has. She really should not drag his name through the mud after all of these years.”

More in Hip Hop News
Freddie Gibbs was allegedly attacked and had his chain snatched, before his concert in Buffalo; Rumored to have been targeted by Benny The Butcher associates
Rajon Rondo reportedly pulled a weapon on his baby mama and threatened to kill her, but has not been arrested, according to reports