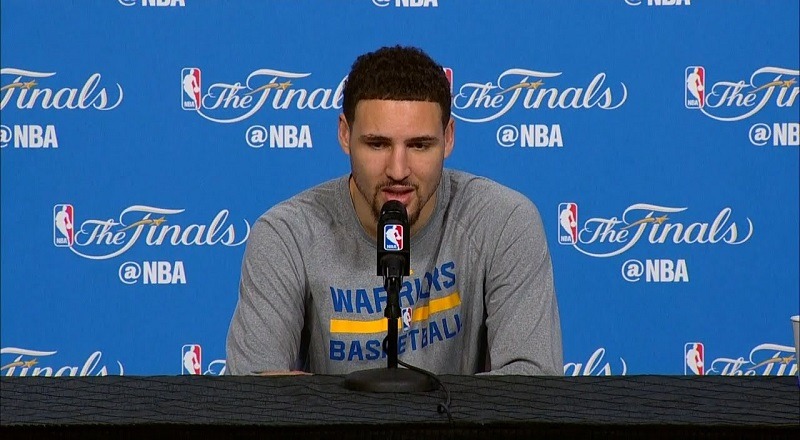 Many casual NBA fans watched Monday night’s game fully expecting to see the Golden State Warriors win their second championship. This is something the Warriors are well aware of. The media spoke to members of both the Warriors and the Cavaliers, this afternoon.

Klay Thompson has had his moments in the playoffs and he showed up big, on Monday night. None of his effort, thus far, has been enough to win the championship. Tomorrow, he hopes that it does and having his teammate, Draymond Green, will help matters.

Speaking on Draymond Green, Klay Thompson told the media that he was glad to have him back, but that the Warriors couldn’t relax. He said that Draymond was apologetic about missing the game. In response to it all, Klay said they need to regroup and win, as “winning is the best cure.”