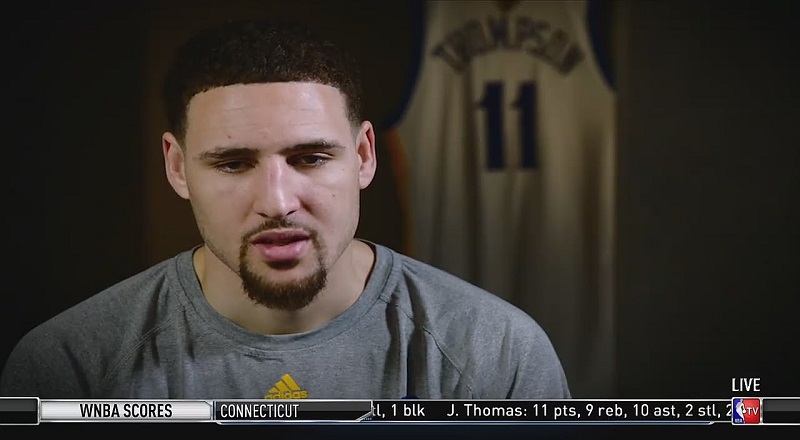 Because of how they came together, as a unit, hardcore NBA fans have been skeptical of the Golden State Warriors. Despite being an organic growing team, the Warriors faced slight. Even after going through being a bad team and becoming a champion, they still face backlash.

When they won the championship, last season, the Warriors did not have much of a challenge. The Warriors feel behind 2-1 to Memphis and then 2-1 to Cleveland, before winning the title. But, they have had plenty of trouble, this postseason.

Prior to the game, Klay Thompson talked to Kristen Ledlow about getting ready for Game 7. At this point, the Warriors have played their fair share of Game 7s and their last Game 7 probably shouldn’t have happened. But, Klay Thompson spoke on being prepared coming into tonight’s game.