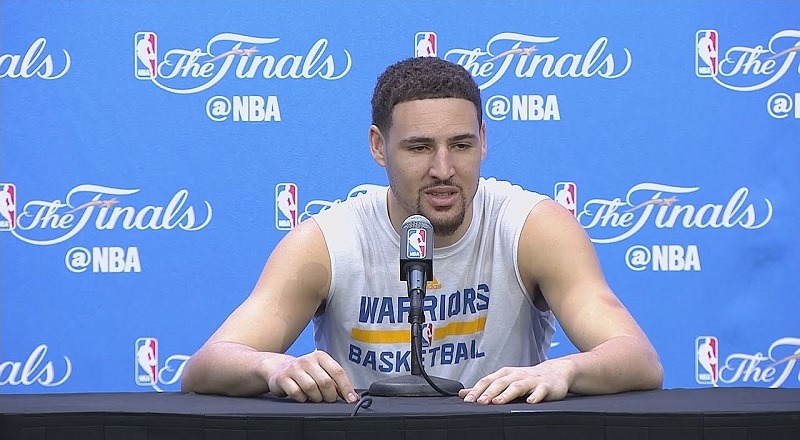 Much focus has been placed on Steph Curry not playing well, but until Game 4, Klay Thompson also wasn’t playing very well. Like Steph, he turned things around in Game 4, propelling the Warriors to a 3-1 series lead. They are one win away from repeating as NBA champions.

Klay Thompson is a vital piece of the Golden State Warriors, considered the number two man on the team. But, when it came to closing things out against Oklahoma City, Klay was the first option. All of this took a backseat to Draymond Green going at LeBron James, however.

When Klay Thompson did his press conference interview, he also acknowledged he didn’t see the entire situation. However, Klay did mention that he thought LeBron’s feelings got hurt in the exchange. He, too, is focused on closing Cleveland out, when the series shifts back to Oracle on Monday.