Home » Articles » Knicks Bobby Portis smacks the life out of KCP and gets ejected from the game; Fans have mixed reactions because sure they don’t really like KCP, but damn not like this #NBAtwitter #NewYorkForever #LakeShow 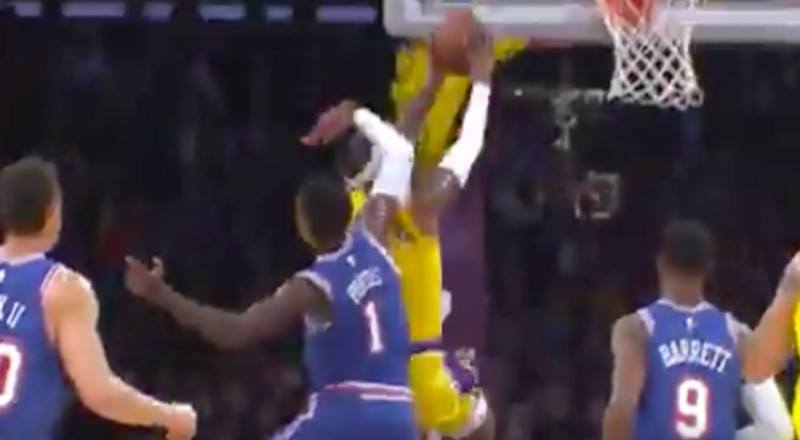 Knicks player Bobby Portis has been ejected for getting too physical during a defensive play on the fast break. As Lakers KCP was going up for a lay-up, here comes Bobby Portis thinking he’s in an UFC fight and smacks him across the head. KCP fell to the ground which prompted some players from the Lakers bench to come onto the court. Things got testy, even Lebron James started to press Portis. You could see him telling him that you don’t do that. When a player is in the air like that, you let him complete the play. Apparently its a unspoken courtesy amongst players. Well Portis was soon after separated from other players and ejected from the game.

Bobby Portis got ejected for this hit on KCP and LeBron had a few words for him. pic.twitter.com/IpECFxU3DI

Bobby Portis when he saw KCP going up for the layup pic.twitter.com/k80vDKIjpN

More in Articles
Carmelo Anthony is back, so says NBA Twitter after he hits the game winner against the Toronto Raptors; Fans offer up an apology after calling him washed and thinking he was done
Hope AD: Anthony Davis went down hard on his tailbone, leading to another injury, and #Lakers Twitter hopes Davis only has a minor injury [VIDEO]