Home » Hip Hop News » Kodak Black Apologizes To Nipsey Hussle and Lauren London After Saying Last Year That He’ll Give London a Year To Cry Before He Tries To Get With Her; Now Compares Nipsey To Ice Cube, Eazy-E, and More 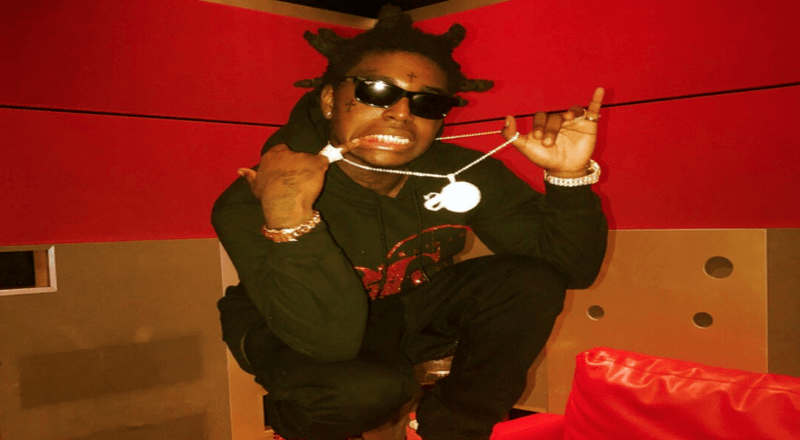 Prior to going to prison in May of last year and getting a 46 month prison sentence for his federal firearms case, Kodak Black caught a lot of heat on social media. This was following the murder of Nipsey Hussle where he insensitively said how Lauren was going to be a widow and would give her a year to cry before he tries to take her off the market.

“Lauren London that’s baby, though,” said Kodak initially. “She ’bout to be out here single. She fittin’ to be a whole widow out here. I’ll be the best man I can be for her. I’ll give her a whole year. She might need a whole year to be crying and sh*t for [Nipsey].”

This was met by backlash from hip-hop legends such as T.I. and The Game. Radio stations even stopped playing his music due to these comments. Now, Kodak took to Instagram on Monday to post a long apology to both Hussle and London. He even compared Hussle to legends such as Ice Cube, Eazy-E, and Huey P. Newton.

“Willin To Accept When I’m Wrong & Stand Firm When I’m Right. The Whole World Know Your Example Was A Guiding Light. I Pray Your Fam Light & Accept This Humble Apology In My Kite. You Remind Me Of Icecube, Bunchy Carter & Huey P. A Hustler & Owner The Second Coming Of Easy E. What Happened To You Could’ve Happened To Me!” Kodak said. “Im a Young Philanthropist Like You. Even Tho We From Two Different Worlds, I Saw Your Vision But I Notice That My Words Are Often Misinterpreted. Sometimes A Man Say Things He Doesn’t Really Mean But On Some Z Sh*t I Never Meant To Disrespect Your Queen, Homie I Was Really Respecting Your Scene. #FLYHIGH Ima Keep The Marathon Going #KINGKAHAN @nipseyhussle @laurenlondon.”

At this point, it’ll be interesting to see if London or any of Hussle’s friends or family members responds to Kodak and accepts this apology. As far as Kodak’s case goes, an appeal that he filed for the 46 month sentence was denied by a judge. Check out the Florida rapper’s post on IG below.

More in Hip Hop News
T.I. Calls Out 50 Cent on His Birthday To Compete in Hit For Hit Verzuz Battle [VIDEOS]
Kevin Hart drops trailer for his new movie “Die Hart” with John Travolta and Nathalie Emmanuel as co-stars exclusive to Quibi as he celebrates his 41st birthday