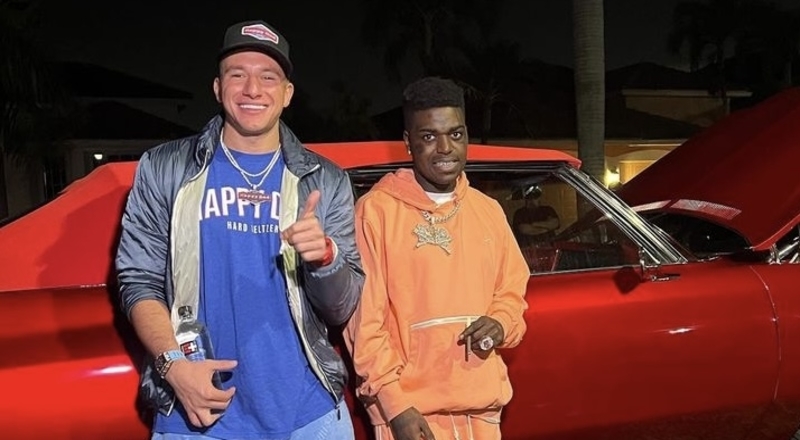 Fan buys Kodak Black a Chevy after getting shot

Last month, Kodak Black ran into a very scary situation, as he was shot in the leg. This incident went down outside of The Nice Guy, in Los Angeles. At the time, it was Super Bowl weekend, and Justin Bieber was having an afterparty concert event.

Now, a fan (@SteveWillDoIt) is looking to make Kodak feel better, about that situation. Steve has been going viral on social media, as a video has surfaced of him gifting a 1970s Chevy, to Kodak. As for Kodak, he couldn’t believe that that moment was actually happening, and asked Steve twice, if this was for real. Steve also noted how big of a Kodak fan he is, as he said he’s been listening to the Pompano Beach rapper, since high school.

Check out Kodak Black receiving this Chevy from SteveWillDoIt, below.

Fan buys Kodak Black a Chevy after getting shot