Home » Hip Hop News » Kodak Black Partners With 99 Jamz’s, Supa Cindy, For an Event, to Donate Items to Women Who’ve Had Breast Cancer, or Are Currently Battling It [VIDEOS] 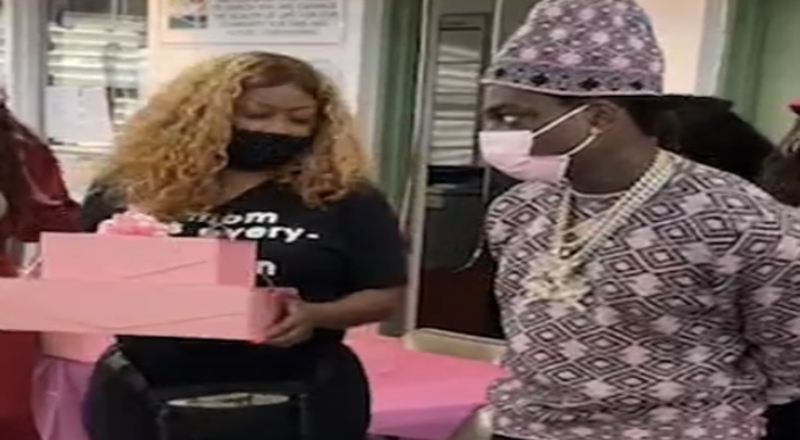 Kodak Black is currently getting ready to perform at the Rolling Loud festival, in NYC, this weekend. That came after a judge approved this move, as the Pompano Beach rapper is still completing his 90-day drug treatment program.

Kodak has also been giving back, with charitable moves, even he was incarcerated. Now, he is assisting women who have battled breast cancer, or who are currently going through this, now. Kodak went on to contact 99 Jamz radio host, Supa Cincy, about making this initiative happen.

Cindy ended up reaching out to churches and other organizations, where an event was put together. 24 women all arrive at an event, where they received gifts from Kodak, such as wigs, monetary donations, and even a journal, which includes a note, from Kodak.

Other charitable moves that Kodak has done lately include setting up a college fund for the child of a killed police officer, and also creating a scholarship in Meadow Pollack’s name, who was one of the students killed, in the Parkland shooting, back in February 2018.

Check out Kodak Black and Supa Cindy at their event, for breast cancer awareness, below.