Home » Hip Hop News » Kodak Black planning to donate some of his earnings from upcoming Dubai appearances, to charity 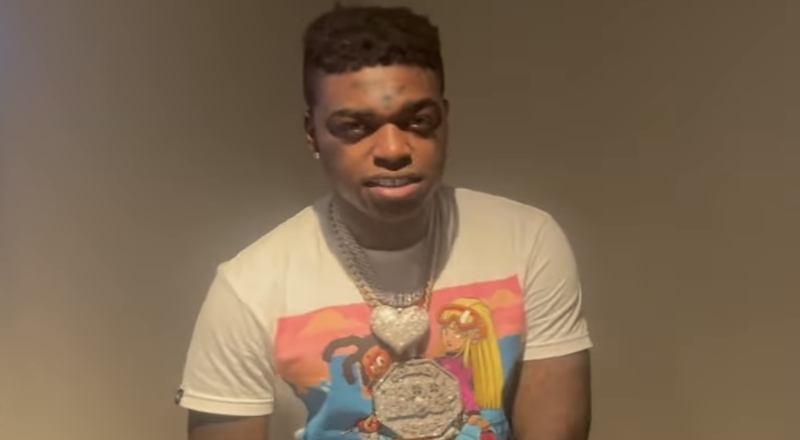 Kodak Black continues to on fire in his career, after getting out of prison, last January. The Florida rapper put out three projects in total, in 2021, and has one of the biggest songs out, in “Super Gremlin.” That single currently stands at number three, on the Billboard Hot 100 chart. Super Gremlin also appeared on Kodak’s “Back For Everything” album last month, which went on to see a number two debut, on the Billboard 200 chart.

Kodak has also been seeking permission to travel overseas, as this is part of his legal process now. According to TMZ, he has appearances coming up in Dubai, which includes a concert. He is supposed to be in Dubai from March 28-April 3. It appears that he has since been approved, to travel there.

Kodak says he must travel for work, and has been successfully doing so, in the United States. Kodak says if he has permission to travel internationally, he will donate 10% of his Dubai earnings, to charity. Kodak currently plans to donate those funds to the college funds of the children of two Pennsylvania State Troopers, who were recently killed by a drunk driver.

More in Hip Hop News
Chris Rock’s team denies rumored apology statement to Will Smith and Jada Pinkett that’s gone viral; Says he hasn’t issued any statement yet
Saucy Santana breaks Twitter when he revealed he used to date girls, still CashApps money to their kids, and describes what it was like sleeping with women [VIDEO]