Home » Hip Hop News » Kodak Black Released From Jail On $20,000 Bond After Being Arrested On Weapons And Drugs Charges At U.S. Border; Covers His Face With Money While Leaving [VIDEO] 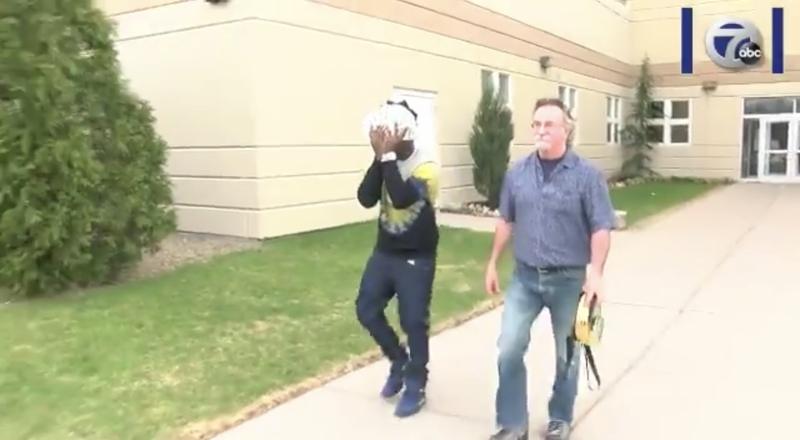 Last night, Kodak Black was declared missing by his team and ended up not performing at his show in Boston. It turned out that he was arrested on drugs and weapons charges at the U.S. border. These were all found in his car. Now, the Florida rapper is out of jail.

Kodak was released on $20,000 bond. Per WKBW in Buffalo, he was seen leaving jail while flashing stacks of money to cover his face. On top of this situation, he’s going on trial sometime this year for his sexual assault case for an incident with a woman at a hotel room in South Carolina.

Kodak has been having problems of avoiding legal issues over the past few years along with making controversial statements about Lil Wayne at Club LIV in Miami last month along with trying to get at Lauren London after Nipsey Hussle passed away. Check out Kodak leaving jail while flashing his cash below.

UPDATE: Kodak Black has posted bail. He used a fan of cash to hide his face from our camera. https://t.co/AlCrhYZAor pic.twitter.com/NaRGHNG9Em

Continue Reading
You may also like...
Related Topics:kodak black

More in Hip Hop News
Herb (G Herbo) finds a lot of support on Twitter, (Free Herb), as fans believe Ari tried to set him up, and got him locked up, questioning how he kicked in her door, but locked her in, joking that Herbo got tired of Ari hitting him all the time
Jarrett Allen emphatic put-back! | Nets vs. Sixers | 2019 NBA Playoffs #NBAPlayoffs [VIDEO]