Home » Hip Hop News » Kodak Black says he and Ed Sheeran have new music together, on the way 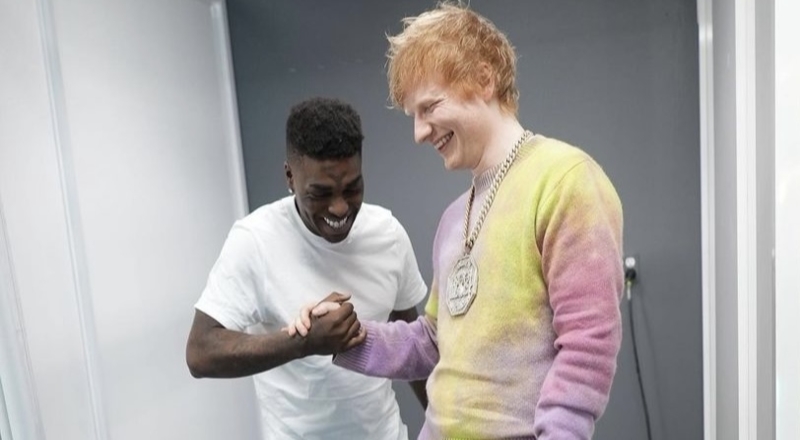 Kodak Black and Ed Sheeran have new music together coming

On Friday, Kodak Black released his fourth studio album, “Back For Everything.” This project was led by the smash hit single, “Super Gremlin.” “Grinding All Season” was another single by the Florida rapper, on Back For Everything.

Kodak has more music on the way as well, as it’s with an unexpected collaborator. Kodak just took to Instagram to post photos with Ed Sheeran. He let Ed wear his iced out Sniper Gang chain, and also revealed that the two have a lot of music recorded.

“#BackForEverything Out Now On All Platforms @teddysphotos Me & Ed Sheehan Got Alotta S*it Otw.”

Ed continues to be one of the biggest pop stars in the world, so these are huge collaborations for Kodak. Last fall, Ed released his “=” album, which debuted at number one on the Billboard 200 chart, and became his fifth straight number one album. Every album of Ed’s career, has reached this milestone.<

Kodak has also been very consistent, since getting out of prison, in January 2021. He’s released other projects such as his “Haitian Boy Kodak” mixtape and “Happy Birthday Kodak” EP.

Kodak Black and Ed Sheeran have new music together coming

More in Hip Hop News
Kanye West reportedly isn’t officially with Kim Kardashian look-alike, Chaney Jones, yet
Young Thug wants to help Africans in Ukraine, who are struggling to leave the country, in the middle of war with Russia, Calls on other rappers to help