Home » Hip Hop News » Kodak Black shows off iced out gold grill that he got for his son, for his birthday [VIDEO] 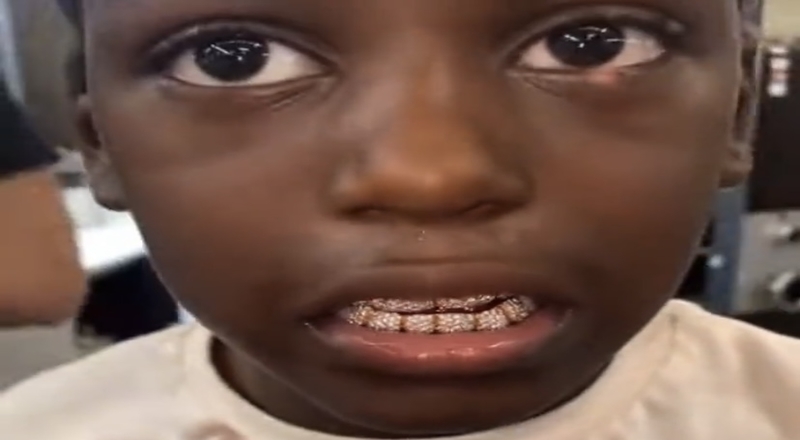 Kodak Black gets son iced out gold grill for his birthday

Now, Kodak is making more headlines, for his children. He recently took to Instagram, to show off an iced out gold grill that he got for his 7-year-old son. This was given as a birthday gift, as the diamonds were dancing in the light, and definitely appeared to cost tens of thousands of dollars.

Many fans on social media weren’t feeling this idea, due to how young Kodak’s son is. Others also pointed out that his son may have simply wanted regular birthday gifts, that other young children tend to like. It’s also unclear if this grill is a permanent one, but if it is, it would definitely bring even more controversy.

This also comes as Kodak recently welcomed a child, with Florida real estate agent, Maranda Johnson. Last month, Kodak also had a baby shower with another woman. Kodak was under fire for saying he wouldn’t be her girlfriend, if the baby is a girl. The baby did in fact end up being a girl, but made it known that he will take care of his child.

Kodak Black gets son iced out gold grill for his birthday