Home » Articles » Kodak Black Walks Out Of Interview With Hot 97’s, Ebro, When Asked About His Sexual Assault Case [VIDEO] 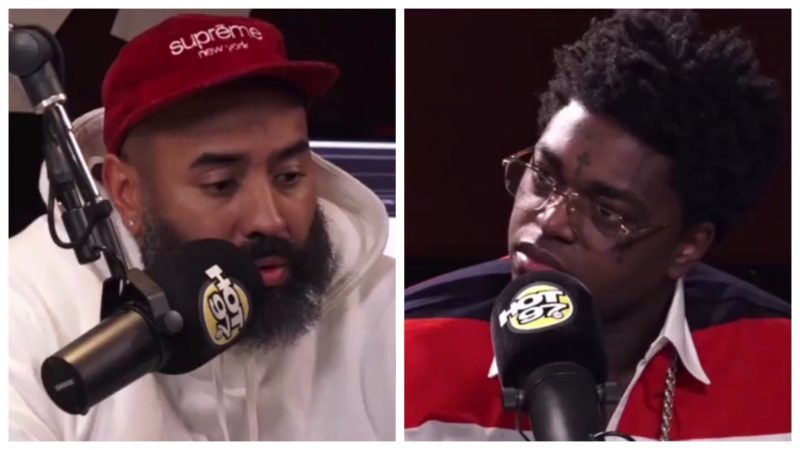 As Kodak sat ready for his interview, Ebro came out swinging with questions about Kodak’s sexual assault case. Kodak was clearly annoyed with the conversation. Ebro acknowledged Kodak’s facial response and said that he seemed upset. Kodak responded saying that people like Ebro are “entertained by bullshit.” He added, “like change the subject, or I’m finna walk out.” Ebro replied, “we don’t have to talk about nothing else. We could be done right here.” Kodak said “aight, cool” and left the interview.

Fans on twitter have shown their disapproval of Ebro’s interview question. Was Ebro wrong for bringing up Kodak’s sexual assault case?