Home » Hip Hop News » Kodak Black wants to go against Jay Z on Verzuz; Proposes giving Jay 15% of his catalogue if he loses, and wants to be Roc Nation Vice President if he beats Jay 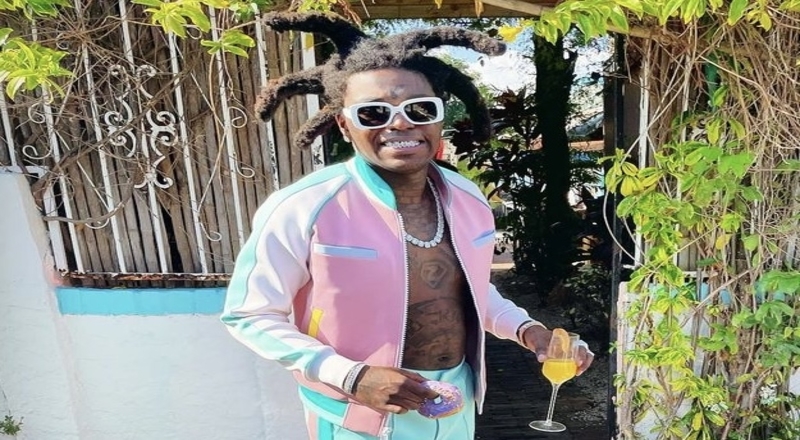 Kodak Black has been trending heavily on social media, over the past week. The Broward County rapper was arrested on a misdemeanor trespassing charge, and also went on to publicly support Antonio Brown on Twitter.

Now, Kodak is expressing his interest in participating in a Verzuz battle. He wants to go against Jay Z, even though Jay recently revealed in a Twitter Spaces conversation that he isn’t interested in going on the platform. He added that no artist can “stand on stage” with him.

Kodak proposed on Twitter on Monday night, that if he loses to Jay, Jay can get 15% of his catolog. If he beats Jay, he can be Vice President of Roc Nation. Not surprisingly, Jay still hasn’t responded to this tweet yet.

It’s highly unlikely that Kodak gets to go against Jay Z on Verzuz, considering that Jay isn’t interested in Verzuz, and he and Kodak are two completely different rappers. Kodak appearing on Verzuz against a different rapper would be a much likely alternative scenario, though.

Check out Kodak Black offering to go against Jay Z on Verzuz, below.