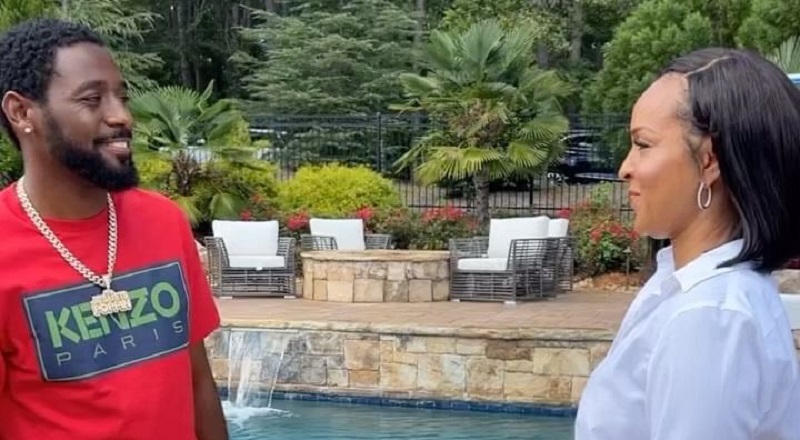 Kountry Wayne now has people talking about him and another woman. In his latest skit, he had LisaRaye in it. The two were dancing to one of those love song type records. Quickly, Kountry Wayne turned it into something romantic looking. While dancing, Kountry Wayne pulled LisaRaye closer to him, and he wound up planting one on her forehead. One thing about, LisaRaye did not pull away from him, and she seemed to enjoy it. Now, the discussions of what’s going on are beginning.

More in Hip Hop News
Drake shoots music video, with Popcaan and Lil Yachty, during Turks and Caicos trip [VIDEO]
The Weeknd stops his concert in Los Angeles, after a few songs, due to losing his voice [VIDEO]