Home » Hip Hop News » Kyrie Irving, dude… SMH… Twitter is going in on Skip Bayless for him saying Joel Embiid is now the best player in the Eastern Conference, instead of Kyrie 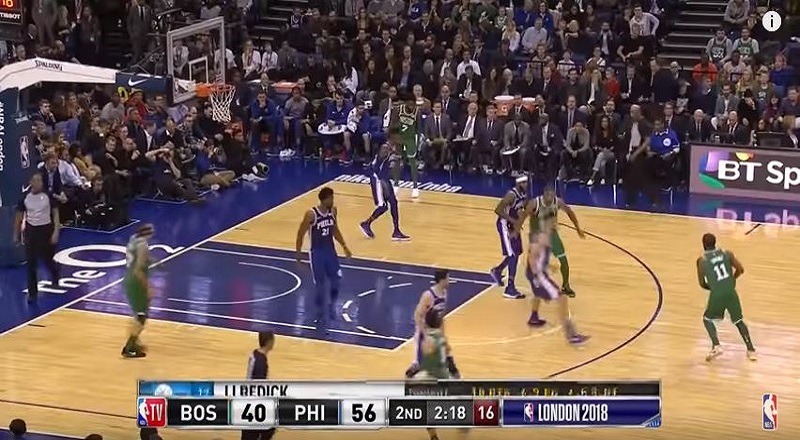 A major shakeup just took place, in the entire NBA, and the ripple effects will be felt for years to come. There’s been no question, that the Golden State Warriors are the NBA’s best team. At the same time, there’s never been any doubt that LeBron James is the best player.

Because LeBron James was in the East, not the Bulls, Celtics, Pacers, Hawks, or Raptors could stop him. The 2018 playoffs were supposed to be different, as it was finally the Raptors’ time. In the end, Jayson Tatum led the Celtics to a Game 7 loss, in the Conference Finals.

Long story short, the Warriors swept the Cavs and LeBron James signed with the Lakers, tonight. Now, the Lakers are instantly the new rivals to the Warriors, and instant contenders. Skip Bayless was doing what Skip Bayless does and said Joel Embiid, of the Sixers, is the East’s best player, and Twitter argues, Kyrie.

Read the tweets about Kyrie Irving below:

More in Hip Hop News
LeBron James just signed a $154 million, four-year, deal with the Lakers and the Eastern Conference is now open for new champions… Fans on Twitter are stunned, FOUR YEARS! #Lakers #LakeShow
BoonK has done it again, this time the rapper goes back on IG Story, sharing a video of him performing on another woman, and Twitter says he’s going to get his IG deleted, he really shared another sextape (FULL VIDEO INCLUDED) #Boonk #BoonkGang [VIDEO]